Marketplace guide Stephanie Cantres works on the Healthcare.gov federal enrollment website to help a resident sign up for a health insurance plan under the Affordable Care Act at a Westside Family Healthcare center enrollment event in Bear, Delaware, on March 27, 2014.
Andrew Harrer—Bloomberg/Getty Images
By Maya Rhodan

Nearly eight million Americans could lose their health insurance depending on how the Supreme Court interprets four words in the Affordable Care Act.

At the nation’s highest court on Wednesday, justices will hear arguments in the case of King v. Burwell, the latest challenge to President Obama’s signature health care law and one that could potentially leave it gutted from an unexpected direction.

The 2010 law already survived an earlier Supreme Court challenge on the constitutionality of its requirement that most Americans buy health insurance. But the current case centers on whether, as many Republicans argue, one line in the law was intended to restrict subsidies to people who bought insurance through a state exchange or whether, as Democrats contend, that line was a simple oversight in the law’s drafting.

The consequences are potentially huge. Thirty-four states rely on the federal government to run their exchange, meaning that their residents would lose subsidies, making insurance unaffordable and causing rates to rise for those who remained insured. One study by the Rand Corp. found that eight million people would lose their insurance in those states if the court rules against the Obama Administration.

The Administration contends that the phrase is a “term of art,” and says that other parts of the law show that there is no distinction between federal and state run exchanges.

“If you look at the law, if you look at the testimony of those who were involved in the law, including some of the opponents of the law, the understanding was that people who joined the federal exchange were going to be able to access tax credits,” President Obama said in an interview with Reuters. “And there’s in our view not a plausible legal basis for striking it down.”

Republicans on the other hand, are eager to show they have a Plan B. In the past two days, lawmakers from the House and the Senate have said they’re in the process of working on alternatives to the law, should the Supreme Court rule in favor of the plaintiffs. Reps. Paul Ryan, John Kline and Fred Upton wrote in the Wall Street Journal, they’re proposing an “off-ramp out of Obamacare,” that would allow states to opt-out of insurance mandates and offer options for those who can’t otherwise insurance. Sens. Orrin Hatch, Lamar Alexander and John Barrasso wrote in the Washington Post, they too would help those who can’t afford coverage during a “transitional period” and let states create alternative marketplaces.

Grace Marie Turner, the president of the health-policy organization the Galen Institute, says though Congressional lawmakers are in only in the process of shaping legislation, there’s real opportunity.

“This case provides an accelerator,” Turner tells TIME. “This could provide a real opportunity to begin the process of fixing the law.”

Read next: Here’s the Tough Choice the Uninsured Have to Make Now 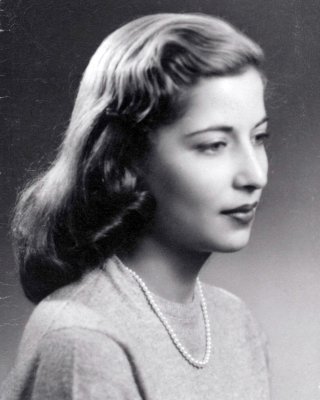