The Apple iPhone 6 and 6 Plus at their launch at the Apple Omotesando Store on Sept. 19, 2014 in Tokyo, Japan.
Chris McGrath—Getty Images
By Jack Linshi

Apple is now the world’s biggest smartphone maker in terms of worldwide sales at the end of last year, according to a new estimate that puts its fourth quarter figures ahead of rival Samsung’s numbers.

While Apple reported worldwide sales of 74.8 million smartphones during the fourth quarter of 2014, a report by research firm Gartner published Tuesday estimates Samsung sold 73 million units during the same period. If accurate — Samsung doesn’t report out its smartphone sales — that would mean Apple overtook Samsung as the world’s top smartphone maker by global sales for the first time since late 2011.

The new figures come on the heels of a recent report by Strategy Analytics that said Apple tied Samsung in worldwide shipments during the fourth quarter, which includes sold and unsold smartphones.

Apple’s strongest sales tend to occur during Q4 due to its fall iPhone releases. Last year’s iPhone 6 and 6 Plus offered the sales push Apple needed to beat out Samsung, per Gartner’s data:

But Apple still has a ways to go if it wants to beat Samsung in annual global smartphone sales — a goal that seems possible given how Apple’s annual sales are rising faster than Samsung’s:

Here’s a look at the history of Apple’s iPhone: 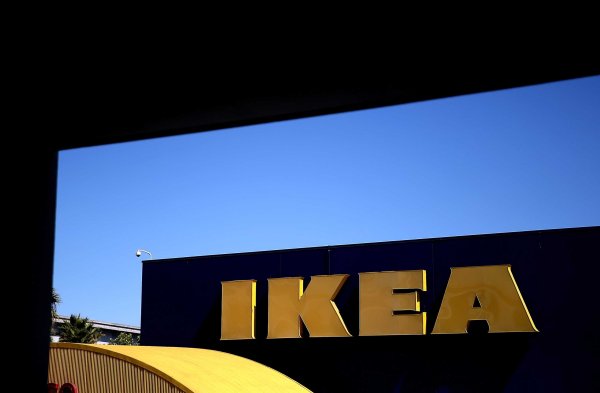 Ikea Furniture Will Soon Charge Your Phone
Next Up: Editor's Pick