The homeless man killed by Los Angeles police officers on Sunday in a deadly incident caught on video was a convicted bank robber and a French national, according to a new report Tuesday.

Identified as Charley Saturmin Robinet, he had been accused of robbing a bank and pistol-whipping a teller in 2000 before he and other suspects led police on a chase, according to the Los Angeles Times, whose report cited federal prison records and anonymous sources close to the investigation. The 39-year-old was sentenced to 15 years in prison and released last May.

Officers on Sunday were responding to a suspected robbery call on Skid Row when police say a confrontation with the man turned into a struggle involving one of the officer’s weapons before shots rang out. A bystander caught the altercation on video, and L.A. Police Chief Charlie Beck said an officer and sergeant’s body cameras provided a “unique perspective,” without alluding to what is shown. 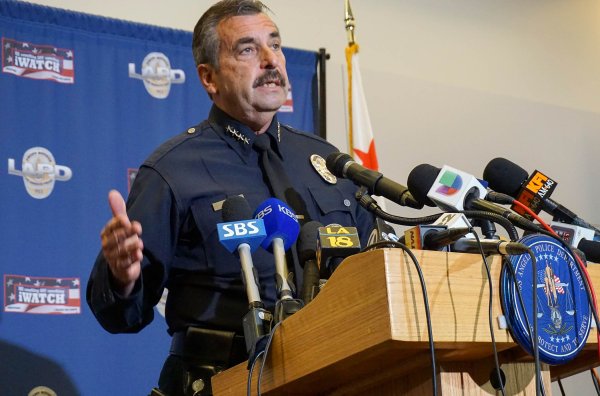