Israeli Prime Minister Benjamin Netanyahu blasted the emerging nuclear agreement with Iran Tuesday in an address to a joint meeting of Congress, saying the deal to prevent the regime from obtaining nuclear weapons would have the opposite result.

Addressing a spirited Congress in the House chamber, Netanyahu warned the P5+1 nuclear deal “could well threaten the survival of my country and the future of my people,” encouraging lawmakers to oppose the agreement being negotiated by President Obama and Secretary of State John Kerry.

Netanyahu’s speech was repeatedly punctuated by applause and standing ovations, often bringing both Democrats and Republicans to their feet. The image and the speech was a thumb in the eye to Obama, who was not consulted before Netanyahu was invited to address lawmakers and who sees the potential agreement a capstone to his legacy in office. National Security Adviser Susan Rice even called Netanyahu’s visit “destructive” to the U.S.-Israel relationship.

The speech fell just two weeks before Netanyahu stands for re-election in a close race at home, shading the speech with elements of his domestic politics as much American divisions.

The Israeli leader said he didn’t intend his visit to become the partisan lightning rod it had become and praised Obama’s commitment to Israel, including record levels of security assistance under his Administration. “I know that my speech has been the subject of much controversy,” he said. “I deeply regret that some perceive my being here as political. That was never my intention.”

But Netanyahu did not pull any punches in outlining why he believes Obama is on the wrong path, painting a picture of a Middle East engaged in a furious nuclear arms race. “This deal won’t be a farewell to arms,” he said. “It would be a farewell to arms control. And the Middle East would soon be crisscrossed by nuclear tripwires. A region where small skirmishes can trigger big wars would turn into a nuclear tinder box.”

MORE: Why Bibi and Barack Can’t Get Along

Netanyahu raised objection that the emerging deal does not lengthen the so-called breakout time — the time it would take Iran to construct a nuclear weapon — and that it would lift sanctions on the country without requiring it to stop funding terrorist groups like Hizballah.

“Would Iran be less aggressive when sanctions are removed and its economy is stronger?” he asked. “If Iran is gobbling up four countries right now while it’s under sanctions, how many more countries will Iran devour when sanctions are lifted? Would Iran fund less terrorism when it has mountains of cash with which to fund more terrorism? Why should Iran’s radical regime change for the better when it can enjoy the best of both world’s: aggression abroad, prosperity at home?”

Netanyahu rejected the notion that the alternative to a deal is war, as Obama allies have maintained. “The alternative to this bad deal is a much better deal,” he said. But he offered no path toward a deal that Iran would agree to, other than calling for the continuation of global sanctions, until Iran halts funding terror and aggressive actions against its neighbors, and stops calling for the destruction of the state of Israel.

“If Iran threatens to walk away from the table, and this often happens in a Persian bazaar, call their bluff,” he said. “They’ll be back. They need a deal a lot more than you do.” 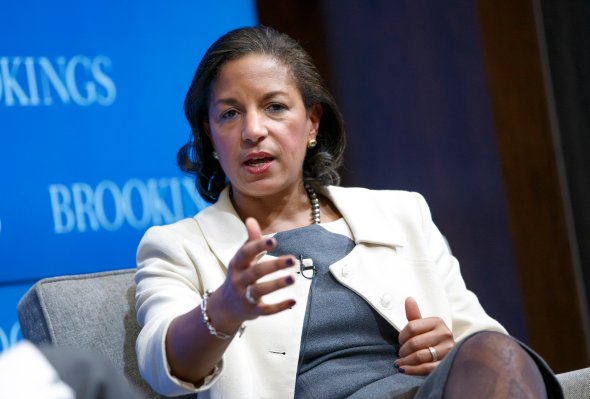