You Asked: Can I Use My iPad or Other Tablet As a Second Monitor?

So you want a second computer monitor to help you be more efficient at work or at home, but you don’t want to shell out the money for another display. Is there a more potentially cost-effective solution to double up on displays?

If you’ve got a tablet like an iPad or comparable Android tablet, it’s probably going unused when you’re on typing away on your desktop or laptop computer. But several apps on the market can turn your tablet into a bona-fide second monitor.

The best app for transforming your iPad or phone into a second screen is Duet Display, currently 50% off its normal price of $14.99. You’ll first need to download a free version of the app for your desktop or laptop Mac. Then download the paid version on your iPad (or nice, big iPhone 6 Plus). Once the two apps are installed on both machines, connect them with your Lightning or 30-pin cable. Next, open the app on the tablet or phone, and presto, Duet Display turns it into a second screen with minimal, if any, lag. (Another popular option for Apple users is Air Display, which recently introduced a USB connectivity option similar to Duet Display.)

For the PC and Android users out there, you can try the $9.99 Android version of Air Display — though it works over Wi-Fi, which means it comes with some lag. If that doesn’t cut it, give the $5 iDisplay a shot — but it, too, works over your wireless network. Instructions for setting up Air Display can be found here; follow these for iDisplay.

One quick note: If you’re using a tablet as a second display, your life will get much easier if you invest in a solid stand for the device to keep it upright. 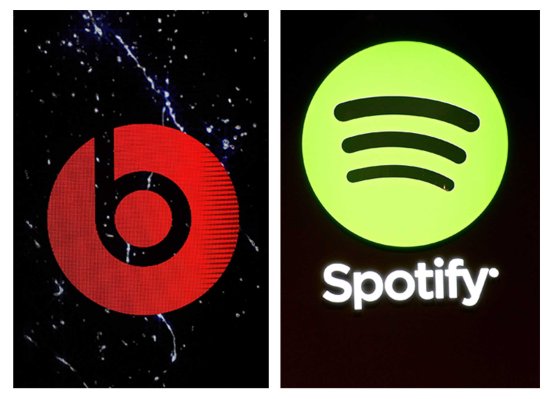 Streaming Music Showdown: Spotify vs. Beats
Next Up: Editor's Pick