You Get the Flu Way Less Than You Think

If it seems like you’re constantly getting the flu, you might be blaming the wrong bugs. A new study published in PLOS Biology suggests that after age 30, people generally only get the flu about twice a decade.

Researchers from Imperial College London looked at a single blood sample from 151 people in southern China and examined their flu antibody levels to the current strain of flu, as well as several historical strains prevalent over the last 40 years. They then estimated how many times people were infected and what happened to their antibodies at different points in their lives.

Young people got the flu more often, about once every other year. That might be because young people socialize more, the authors write. But once they hit age 30, rates flattened out; adults got the flu about twice every 10 years.

“A lot of people say once or twice a year they’ve got the flu, and that’s very unlikely to be true,” says Dr. Steven Riley, senior author of the study and reader at the Medical Research Council Centre for Outbreak Analysis and Modelling at Imperial College London. Sometimes flu can be mild—you may not even know you have it, but your sky-high antibody levels indicate otherwise, Riley says.

Though Riley is cautious to overinterpret the findings, the data was able to estimate infection rates across many years, which may one day prove valuable in vaccine applications, he says. “You could certainly think that down the road, this type of analysis would lead to a more sophisticated vaccine protocol—possibly the frequency with which you vaccinate and the doses with which you vaccinate could be optimized,” he says. “We can’t say what those optimal regimes would be based on this paper, but these nicely reproducible patterns suggest that that’s a good avenue to look for in the future.” 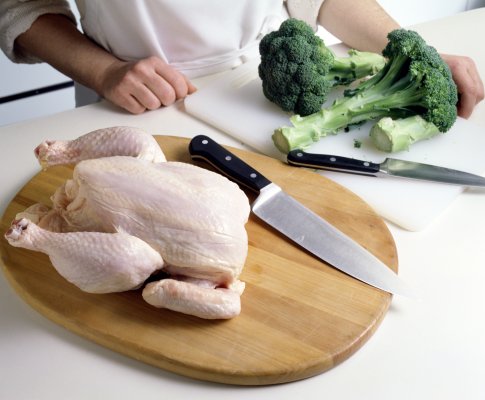 Here's What Food Is Most Likely To Have E. Coli or Salmonella
Next Up: Editor's Pick