No, It’s Not a Crime to Make the Face on a Canadian $5 Bill Look Like Spock

Leonard Nimoy poses at a party celebrating the DVD release of "Star Trek Into Darkness" at the California Science Center in Los Angeles, California on Sept. 10, 2013
Mario Anzuoni—Reuters
By David Stout

Canadians honoring the memory of Leonard Nimoy by altering older versions of the country’s $5 bill to look like Star Trek’s Spock are not breaking the law, according to officials.

But following Nimoy’s death last week, Canadians have been posting images of their own revamped $5 notes online en masse, sparking fears that an untold number were breaking the law.

On Monday, the Bank of Canada dispelled rumors that it’s illegal to deface or even “mutilate” the country’s currency, according to a report in the Canadian Press.

However, the country’s fiscal authorities pointed out that marring the national currency could be deemed disrespectful.

“The Bank of Canada feels that writing and markings on banknotes are inappropriate as they are a symbol of our country and a source of national pride,” Josianne Menard, a spokesperson from the Bank of Canada, told the Canadian Press. 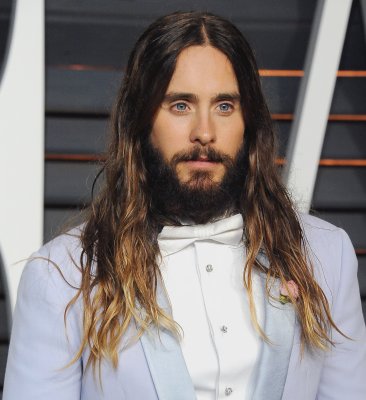 Say Good-Bye to Jared Leto's Locks
Next Up: Editor's Pick