Drinking three to five cups of coffee per day may help to reduce signs of blocked arteries, says a new study out of South Korea.

Published Monday in the medical journal Heart, the study involved more than 25,000 male and female workers, who previously showed no signs of heart disease, looking for calcium buildups indicating plaque growth that can cause heart attacks and strokes.

The results showed that those who drank the least amount of coffee, and the most, had a larger amount of calcium in their arteries than those who consumed a moderate amount.

Interestingly, researchers also discovered that the findings were consistent through different subsectors, such as smokers, drinkers and those with obesity issues.

“While this study does highlight a potential link between coffee consumption and lower risk of developing clogged arteries, more research is needed to confirm these findings and understand what the reason is for the association,” Victoria Taylor of the British Heart Foundation told the BBC.

Taylor also noted that the results should not be generalized because different cultures have distinct lifestyle and dietary customs that may also contribute to cardiovascular health. 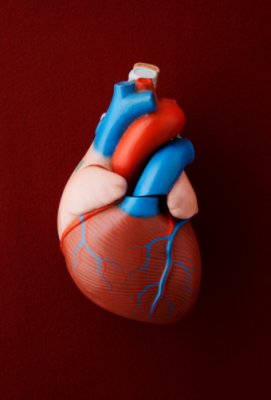 9 Subtle Signs You Could Have a Heart Problem
Next Up: Editor's Pick