Phil Klay on His Iraq War Book Redeployment: 'I Had to Get This Right'

Phil Klay served with the U.S. Marines in Iraq’s Anbar province during the troop surge in 2007 and 2008. The book of short stories about the Iraq War that he went on to write, Redeployment, won the 2014 National Book Award for fiction. Writing in the New York Times, Dexter Filkins called Redeployment “the best thing written so far on what the war did to people’s souls.”

TIME caught up with Phil at a coffee shop in Brooklyn on Feb. 24, the day the paperback edition of Redeployment was published.

TIME: What was the hardest thing about turning the war into art?

Phil Klay: I didn’t think of it as turning the war into art. I started with things that I was troubled by or confused by or interested in, and then I wrote stories to try to puzzle my way through it. But the question is not how to represent war, because it’s an abstract thing that’s felt differently for all the characters.

The narrator of your story “War Stories” says, “There’s no such thing as an antiwar film.” Would you describe Redeployment as an antiwar book?

I don’t think of the book as an antiwar book. I’m writing about particular experiences in a particular war. And I don’t like didactic art generally, only because it’s false, because reality is not didactic. I mean, Redeployment is not a happy book—it’s a book about the Iraq War. But hopefully it’s not an unrelenting, grim, “war is hell” sort of thing. You need to capture the variations in the human experience.

What do you make of the ISIS debacle?

Whose fault is ISIS?

We’ve had Iraq policy under Presidents from two different administrations for well over a decade at this point. A lot of different periods of very different types of policy being enacted, sometimes very good, sometimes very, very bad. I think it’s comforting to be able to blame one individual politician. But as citizens we all have responsibility toward the way that our nation uses military force on our behalf.

One thing I’ve always liked about the military is there’s a certain amount of pragmatism. When I was going over to Iraq, people would often want to debate, Should we have gone in? I was commissioned as a second lieutenant in 2005. It was already a moot point by the time I was commissioned. The question was not, Should we have gone in? but What do we do now?

In a sense, writing Redeployment was your own personally chosen redeployment. Do you think of it as that sort of thing, where there’s a mission?

Well, it’s interesting you say that. I always wrote stories. But when I came back from Iraq and I started working on this book, the writing felt substantially different. Before, I was just working on my craft and trying to write a good story. But the writing of Redeployment felt vital to me in a different way. I almost had this kind of terror.

The stakes were a lot higher.

The stakes were higher. I had to get this right. What I was trying to imagine my way into, enough that I could communicate it to other people, felt deeply, personally important. And more generally I think a more nuanced discussion of war is politically important. Also, I had an easy deployment relative to a lot of people. I was a staff officer. So I wanted to do justice to the people I was talking about. I wrote with this imaginary image of all the vets running up to kick my ass if I screwed it up.

That would keep you at your writing desk late at night. Why the first-person point of view for the whole book?

A couple of reasons. I didn’t want the reader looking at these characters from the outside. I wanted them inside those skulls, experiencing the things they were experiencing and seeing the decisions they were making and then living with. There’s also this tradition in war writing of the veteran going to war and then coming back and testifying to the truth of war, right? But I didn’t want one voice coming back and testifying to the truth of war. I wanted 12, and 12 that wouldn’t necessarily agree with each other. I wanted that friction, and also I wanted it to open a space for the reader to engage not just empathetically but also critically with the things the characters are saying and the claims they’re making about their war.

If Donald Rumsfeld walked into this coffee shop right now wearing a sign that read “A penny for your thoughts,” what would you say to him?

I doubt there’s anything you could say to Donald Rumsfeld that would puncture the armor of his narcissism. I mean, this is a guy who’s essentially a high-functioning bureaucratic hack who we decided to make Secretary of Defense and we kept there until 2006—which is mind-blowing—well after it was very obvious that he was incompetent. So you know, there’s my frustration with Rumsfeld, but he’s sort of a small-minded hack. It’s the fact that we as a country kept him there until 2006.

It wasn’t put up for a direct vote, that question.

No. But we need more public debate about war policy in general. It’s a professional military. You sign up and agree to allow your countrymen to use your life as they see fit for the next four years. And I think we all should have a greater role in ensuring that we use those lives wisely.

Tobias Wolff has written that in Vietnam he saw something “that wasn’t allowed for in the national myth”—meaning the American national myth—“our capacity for collective despair.” I wondered if you felt you saw that in Iraq.

No, I didn’t see it in Iraq. Remember, I was in Iraq during the surge. I was in Iraq at a time when Anbar province, which had been the most violent place in the country, underwent a startling turnaround and violence radically declined. I will say this: Units that left early in 2007 had a markedly different feeling about their deployment than units that left late 2007, early 2008. But for my deployment, we came back feeling very good about what we’d done. Why wouldn’t we? First month I was there, there was a suicide truck bombing outside our main gate. We’re bringing in injured civilians—they swamped the trauma tables. The surgeons were doing surgery on the floor, there were so many injured people. By the end it was relatively quiet in Anbar province.

Which takes more discipline, being a U.S. Marine or being a writer?

I mean, you need to be faster and stronger if you’re a Marine. But I think some of the qualities useful for a novelist would be very useful for a commander. Introspection, the capacity for self-doubt and yet the ability to forge ahead with a particular vision. Understanding of other human beings is pretty vital to leadership.

What is the most ridiculous aspect of life in the Marine Corps?

[laughs] Oh my God. Well, it used to be silkies, but I think they got rid of those—the skimpiest running shorts known to man. Um… I don’t know, there are plenty. Just the sheer amount of Pop-Tarts in Iraq.

Can we get a sneak preview?

It’s so early. I have no idea.

I was hoping for the scoop! 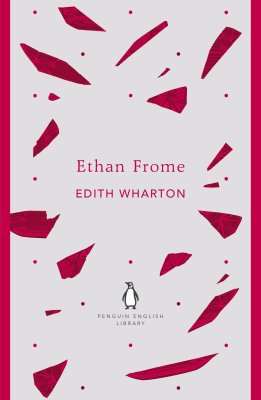 15 Life-Changing Books You Can Read in a Day
Next Up: Editor's Pick