Obama Says Disagreement With Netanyahu Is Not 'Permanently Destructive'

U.S. President Barack Obama speaks during an exclusive interview with Reuters in the Library of the White House in Washington on March 2, 2015.
Kevin Lamarque—Reuters
By Nolan Feeney

President Barack Obama acknowledged Monday that his administration is in “substantial disagreement” with Israel’s government about how to prevent Iran from developing nuclear weapons but said its criticism was not “permanently destructive” to the two countries’ relationship.

Obama’s sit-down with Reuters comes ahead of Tuesday’s address to a joint session of Congress by Israeli Prime Minister Benjamin Netanyahu, who has vehemently opposed a deal and believes one would still leave the door open for Iran to acquire nuclear weapons. Iran continues to deny it is working to develop them.

“This is not a personal issue,” he said. “I think that it is important for every country in its relationship with the United States to recognize that the U.S. has a process of making policy.”

The President explained that his administration’s goal is to make sure “there’s at least a year between us seeing [Iran] try to get a nuclear weapon and them actually being able to obtain one” and said Iran should put any nuclear work on hold for a minimum of 10 years as a part of a to-be-reached deal. 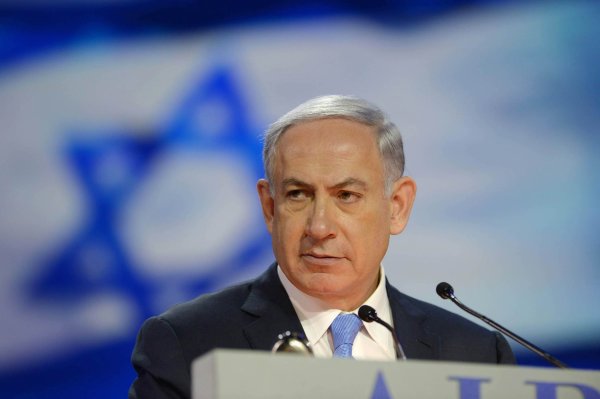 How Israel Sees Benjamin Netanyahu's Speech to Congress
Next Up: Editor's Pick