There’s nothing new about Washington-based shows being a tad unrealistic (Hello, Scandal!) but the latest twist in House of Cards pushed one federal agency to clear the air.

So, yeah, pushing someone in front of a Metro train, it’s not. But the plot arc is a way of looking at how modern presidents push the limits of their executive authority. (If you’re a Democrat, think George W. Bush on torture. If you’re a Republican, think Barack Obama on immigration.)

That’s because, rather than use the law to address victims of hurricanes and tornadoes, Underwood decides that “unemployment” is a national emergency and (spoiler alert!) reappropriates money slated for natural disasters to a jobs program.

The Federal Emergency Management Agency (FEMA), which handles disaster relief, took to Twitter on Monday to make clear that this is a Hollywood idea and not something it’d be down with:

FEMA might be forgiven for being a little skittish. Only a few years ago, talk-show host Glenn Beck was telling his listeners that the agency was building internment camps. 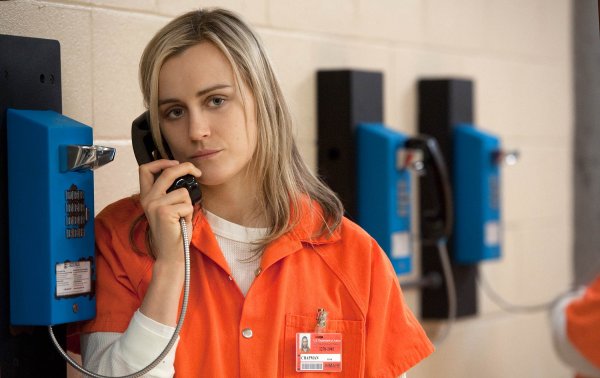 Netflix Sets Date for Orange is the New Black Season 3 Premiere
Next Up: Editor's Pick