A task force established by President Obama after high-profile shootings of black men by police is calling for the federal government to keep better records on officer-involved shootings.

After 90 days of hearings and meetings with a wide range of civil rights groups and local police agencies, the Task Force on 21st Century Policing included the recommendation in its first report Monday.

It notes that a 1994 law requires the Department of Justice to gather data about excessive force by police officers and publish an annual summary but notes that has never been done in a “serious and sustained” way.

The report also suggests that local agencies adopt more of a community policing approach, minimize the use of military equipment at protests and rallies and have outside investigators look into police shootings. But it stopped short of endorsing widespread adoption of body cameras, an idea which first came up after a shooting in Ferguson, Mo.

Task force members said that body cameras could be helpful but that privacy concerns need to be considered first.

“Any technology we apply, we need to understand its usefulness,” said Philadelphia Police Commissioner Charles Ramsey, the co-chair of the task force, on a call with reporters Monday. “But we also need to make sure we’re working within a constitutional framework.”

“Today we’re talking about body cameras, but tomorrow it will be something else,” Ramsey added.

Marc Morial, president of the civil rights organization National Urban League, which called for more body cameras in testimony to the task force, praised the recommendations for independent investigators, but said that not coming down hard in favor of body and dashboard cameras a “missed opportunity.”

“Privacy concerns that might be there are not enough to put the breaks on an idea whose time has come,” Morial tells TIME.

Aside from the specific recommendations, the report stresses the need for police to establish trust and demonstrate transparency to the communities they serve.

The task force makes some evergreen calls to action like engaging with community members and better addressing prejudice, while also calling on the federal government to take a hard look at criminal justice policies such as sentencing and reentry and societal issues like poverty and education that can further exacerbate police distrust.

Many of the federal task force’s recommendations align with similar calls made by the U.S. Conference of Mayors, which released a report on community-police relations in January. Mayor Karen Freeman-Wilson of Gary, Ind., says that the report rightfully acknowledges that the federal government’s role in improving police-community relations is limited.

“It acknowledges that while there can be guidance and training and technical assistance that can be provided at the federal level, there really has to be a local approach and a local commitment to addressing those concerns,” she said.

Gene Voegtlin, a spokesman for the International Association of Chiefs of Police says, “This is more than just a police issue,” says “It’s a criminal justice system issue, and honestly probably a societal issue.” 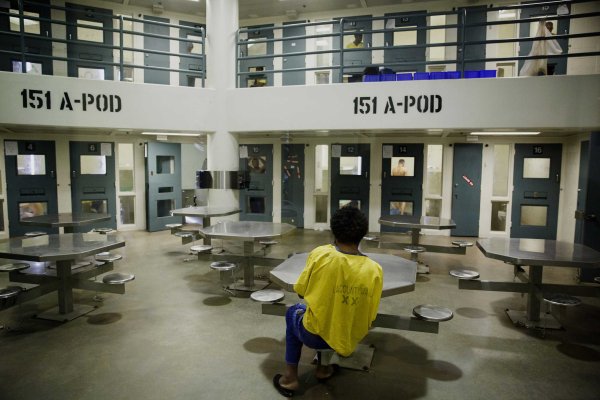 Criminal-Justice Reform is Becoming Washington's Bipartisan Cause
Next Up: Editor's Pick