Founder and CEO of Facebook Mark Zuckerberg speaks during his keynote conference during the first day of the Mobile World Congress 2015 at the Fira Gran Via complex on March 2, 2015 in Barcelona, Spain.
David Ramos—Getty Images
By Jack Linshi

The Facebook founder downplayed his company’s role in Internet.org, instead urging the audience to recognize the work and investments of mobile carriers. Zuckerberg delivered his keynote alongside executives from three global telecommunications companies.

“While it’s sexy to talk about [Internet.org’s Internet-beaming] satellites, the real work happens here, by the companies. It’s really important not to lose sight of the fact that people driving this are the operators,” Zuckerberg said. “Too often Internet.org is conflated with Facebook.”

People in the parts of the developing world where Internet.org’s app is available get access to Facebook, Google search and some other services for free. But the end goal is to convince these users to eventually purchase data plans from wireless carriers — and so far, Internet.org has been successfully driving new smartphone use.

“It Colombia, it’s very encouraging to see about 50% more people in three weeks in our network as new data users,” said Mario Zanotti, senior EVP of Latin America at telecom company Millicom. “In Tanzania, we have seen a ten-fold increase in the number of smartphone sales since we launched the [Internet.org] campaign. So it’s pretty impressive numbers.”

Despite Zuckerberg’s efforts to highlight the work of Internet.org’s carrier partners, it’s hard to see the project being successful without Facebook’s involvement. Zuckerberg’s company has largely spearheaded the organization’s efforts, while its offerings in the Internet.org app, like Facebook Messenger, are a big draw to attract users.

However, some mobile carries could be worried that Facebook might cannibalize their voice and texting plans with its own services. Last year, Facebook acquired chat app WhatsApp, which became popular as means of avoiding wireless carriers’ texting fees.

“This is a point of tension between operators and Facebook in particular. It’s a consideration for any company to be careful to deliver the ‘key’ to the competitor,” said Jon Fredrik Baksaas, CEO of telecom company Telenor. “You really want to watch that ‘key’, and you want to control how that ‘key’ develops. That’s where the disruption comes.” 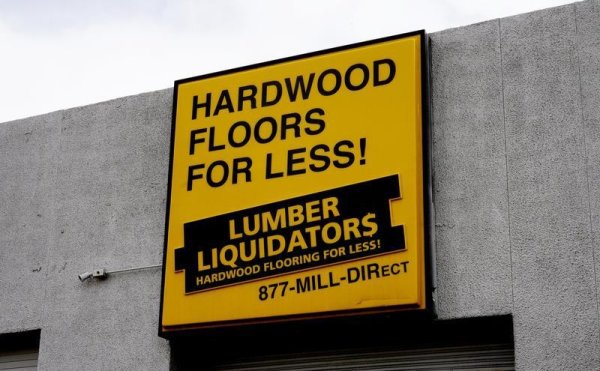 Lumber Liquidators Defends Itself Against 60 Minutes Report
Next Up: Editor's Pick