Taylor Swift Is Not Going to Talk About Katy Perry

In a new interview, Taylor Swift has announced she is “never going to talk about” Katy Perry — despite the fact that Swift is the one who first made headlines by mentioning her falling out with a fellow pop singer in the first place.

Swift made news in the early promotion of her most recent album, 1989, by telling Rolling Stone that her song “Bad Blood” was about a fellow female music star who “did something so horrible” to one of her arena tours; internet sleuths quickly deduced that the song was about Perry hiring Swift’s backup dancers out from under her. Perry’s Twitter riposte at Swift as a “Regina George in sheep’s clothing,” as well as the fact that “Bad Blood” sounded a bit like a Perry track, helped.

Swift’s pattern in using her disdain for Perry to promote her material is hardly new. Once again, she’s put out there incredibly straightforward evidence linking a particular song to a particular person, then suavely denied to go any further. It’s rather like her rhetoric around her 2010 song “Dear John,” a song that uses the name and clear biographical details about ex-boyfriend John Mayer. Asked directly about the song, Swift said: “How presumptuous! I never disclose who my songs are about.” This time, Swift said of “Bad Blood,” “I’m not giving them anything to write about.” Which is a great, healthy attitude to take about a song that’s already been the subject of much writing, because Swift already spoke about it.

The logic here is frustratingly difficult to argue against, which is why it’s so genius. Of course Swift is entitled to create art without having her motives, or the art’s provenance, questioned. But… come on. We wouldn’t know about her strained relationship without Perry if she hadn’t been the one to bring it up, just as “Dear John” seemed as much designed to injure Mayer’s reputation than to express a set of feelings. Her new single “Style” has a title that sounds a lot like the name of ex Harry Styles, and features Swift screaming the title of one of his albums (“Take me home!”) over the bridge. Not talking about the song’s subject is, for Swift, a formality.

Swift has made a second art of writing in the margins of her songs, giving us just enough extra information to make absolutely certain we know what’s going on. “Bad Blood” is a relatively unprovocative song, in which Swift tells her enemy “Now we got problems / And I don’t think we can solve them.” It doesn’t necessarily even make Perry look bad, due to its vagueness and universality. Its only real edge comes from the subject being a superstar.

But for all “Bad Blood” relies, to its detriment, on celebrity scandal to make an impact, at least Swift is taking a major step forward in making her critique about a professional competitor, rather than an ex. The old, and largely unfair, image of Swift as someone obsessed with love was fueled by the fact that love was, for several albums, the avenue into which she channeled her real interest: power dynamics, with someone winning and someone losing. She’s said what she has to say about Perry, and is now set to deprive the “Roar” singer of oxygen. Why shouldn’t the star who’s made an art of strategic, public friendships also master enmity? 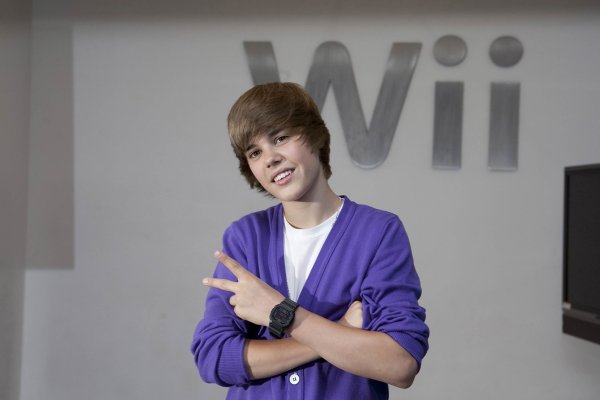 See Justin Bieber Over the Years
Next Up: Editor's Pick