After months of teases, Samsung unveiled its new flagship smartphone, the Galaxy S6, and its curved-screen cousin, the Galaxy S6 Edge, at Mobile World Congress on Sunday.

If accurate — Samsung doesn’t report smartphone sales on its own — that would mark the first time Apple has matched Samsung’s quarterly global shipments since the end of 2011, when Apple’s figures slightly surpassed those of Samsung. (Note that Apple’s global shipments tend to spike each Q4 due to its annual fall iPhone releases and the holiday season, while Samsung releases smartphones year-round.)

Samsung, whose last flagship Galaxy S5 posted disappointing sales, isn’t shy about comparing the Galaxy S6 and S6 Edge to the iPhone 6 and iPhone 6 Plus, whose sales bested Apple’s previous records. During Samsung’s unveiling, it subtly mocked the iPhone 6 Plus’ Bendgate controversy while comparing the S6 phones favorably to their iPhone rivals.

The good news for Samsung is that it’s still number one when it comes to annual global smartphone shipments. But that’s hardly comforting when Samsung’s sales fell slightly from 2013 to 2014, while Apple’s sales show no signs of slowing down—putting even more pressure on the Galaxy S6.

Still, early reviews of the Galaxy S6, which goes on sale April 10, suggest the Galaxy S6 and S6 Edge might be exactly what Samsung needs to remain competitive with Apple. 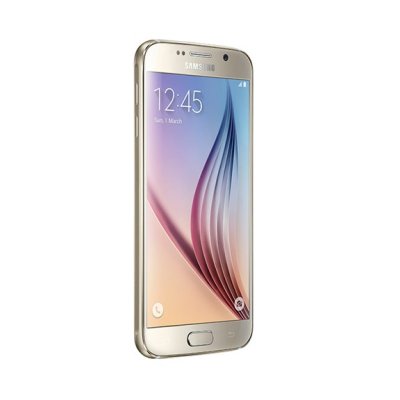 The Galaxy S6 Is Samsung's Best-Looking Smartphone Yet
Next Up: Editor's Pick