O’Driscoll is a veteran of Mitt Romney’s 2012 presidential campaign, where he served as state director for Wisconsin in the general election and deputy state director in New Hampshire for the Republican primary. After New Hampshire, O’Driscoll worked on Romney primary wins in Florida, Michigan, and Ohio. Griffith was Deputy Chief of Staff of the Republican National Committee in the 2012 cycle and unsuccessfully ran for Congress from his native Alabama in a special election in 2013. He also served as the executive director of the Mississippi Republican Party and managed RNC Chairman Reince Priebus’ re-election campaign in January.

According to the PAC, the newly hired pair join Walker’s campaign-in-waiting including: 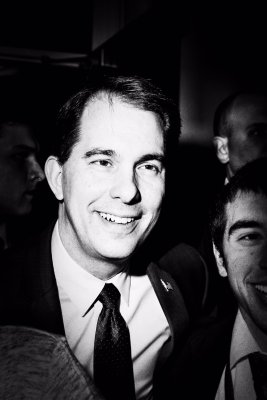 Walker Shifts on Immigration
Next Up: Editor's Pick