The Galaxy S6 and S6 edge are made from a metal frame and glass body, ditching the plastic backs that Samsung previously used for smartphones in the series, the company said. The main difference between the S6 and S6 edge is the latter’s front screen, which curves away on the sides. Both phones have have 5.1 in. screens and 16 megapixel rear cameras, among other specs. 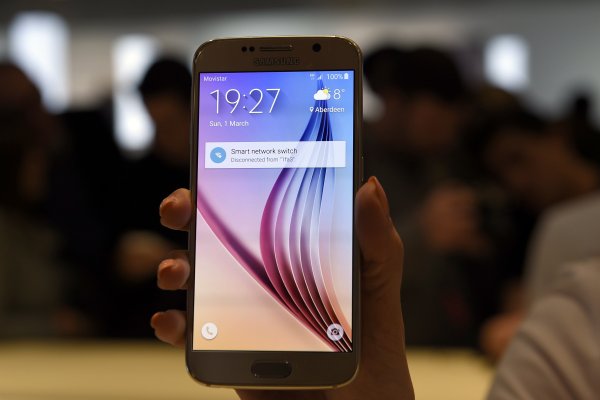 Samsung Is Going Head-to-Head With Apple Pay
Next Up: Editor's Pick