NBA Star Garnett to Give Away 1,000 Tickets

Minnesota Timberwolves forward Kevin Garnett (21) pounds his chest before a game against the Washington Wizards at Target Center on feb. 25, 2015.
Jesse Johnson—USA Today Sports
By Will Green / Sports Illustrated

Minnesota forward Kevin Garnett has purchased 1,000 tickets to an upcoming Timberwolves game to give away to the team’s fans as a gesture of appreciation, the team announced Sunday.

Beginning at 9 a.m. central time Monday, fans can sign up to claim tickets for that evening’s game against the Los Angeles Clippers at a dedicated website. The first 500 fans to register will receive a pair of tickets.

• Kevin Garnett: The Kid who changed the game (and the Timberwolves)

The 19-year NBA veteran played in Minnesota for 12 seasons before being traded to Boston prior to the 2007-08 season.

After spending a season and a half with the Brooklyn Nets, the 38 year old was traded back to his original team on Feb. 19 for Thaddeus Young.

“The response and support I’ve received from Wolves fans since my return to Minnesota has been nothing short of amazing. It’s been unbelievable,” Garnett said in a statement.

“As a gesture of thanks, I would like to treat some fans to Monday night’s game against the Clippers. Love you all, and thanks for the love. Enjoy the game on me.” 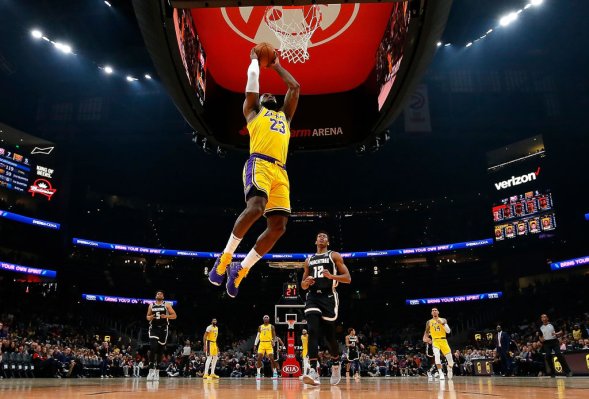