The President got misty-eyed during the unveiling of Attorney General Eric Holder’s official portrait Friday when he shared a story about the impact he believes Holder has had outside of the Department of Justice.

President Obama said he hosted a number of young men who are mentees under his My Brother’s Keeper initiative, which is celebrating its first anniversary, for a White House lunch on Friday. As the students, all black and Latino young men from around the Washington area, went around the table sharing their life aspirations, one said he wanted to be the Attorney General when he grew up. That moment clearly touched the President, who wiped away tears as he shared it with the departing Attorney General.

“I think about all the young people out there who have seen you work and have been able to get an innate sense that you’re a good man,” Obama said. “Having good men in positions of power and authority who are willing to fight for what’s right … that’s a rare thing. That’s a powerful thing.”

Obama listed Holder’s accomplishments as the third longest serving Attorney General and the first African American to hold the job. Throughout his tenure Holder made criminal-justice reform and civil rights priorities of the Justice Department, including his recent efforts to challenge strict voting laws.

During his prepared remarks, a teary-eyed Holder said there was still work to be done on civil rights and criminal-justice reform.

“Make no mistake. We still have unfinished business and work to do,” Holder said. “In the defense of our nation we must always adhere to the values that define us. And, at all costs, the right to vote must be protected.”

The unveiling came just days after the Senate Judiciary Committee voted to approve the nomination of Loretta Lynch, who was tapped to replace Holder. The President said the Department of Justice is being left in “outstanding hands.” 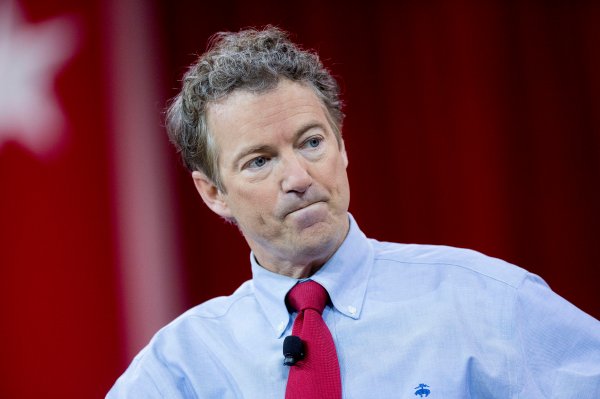