A boy with blood on his chest kneels in front of police after 14-year-old student Kluiver Roa died during a protest in San Cristobal, Venezuela, Feb. 24, 2015.
Carlos Eduardo Ramirez—Reuters
By Girish Gupta

CARACAS – Amid the death of a 14-year-old boy killed by a policeman during anti-government unrest, the arrest of a key opposition mayor by armed government intelligence agents and talk of a coup plot against the government spearheaded by Washington, this last week also saw another another turn in Venezuela’s growing crisis. At DolarToday, a website little known outside of Venezuela that has become a key indicator of the country’s black market exchange rate, the bolívar local currency passed the psychological barrier of 200 per greenback. Four years ago, the dollar cost eight bolívares per dollar; five months ago it was 100; now it is already at 221 and counting. This rapid deterioration in the value of the local currency, 61% drop against the dollar over the last year, is one of the best indicators of just how much trouble Venezuela—and President Nicolas Maduro—is in.

While many in Venezuela have little direct engagement with the dollar—the country’s foreign exchange is strictly controlled—the currency crisis pervades everyday life. It means many doctors and engineers earn the equivalent of just a dollar a day and prefer instead to drive taxis or smuggle pasta or gas across the border to Colombia. It means that those who want to buy basic goods for their families must line up for hours every day due to shortages, and hoping all the time that shelves won’t be empty. It means that stealing is more valuable than working, fueling one of the world’s highest crime rates and the murder of one police officer nearly every day.

It means that people like Yormina Alguilera, a street cleaner earning the same as the minimum wage of doctor or engineer, are giving up. “We’re in crisis,” she said, taking a break from the sun at a fruit stall in the square at Caracas’ 23 de enero barrio, as murals of Che Guevara and Hugo Chávez loom over. Alguilera voted for Maduro and his predecessor Chávez, “but never again,” she said. “At least under Chávez I could get things. It’s a mess with Maduro and there’s no end in sight. Things are getting worse every day.”

Maduro, who was elected after the death of Chávez in 2013, is in serious trouble. His approval ratings are in the low twenties, according to Datanálisis, a respected local pollster. This time last year, the president faced down Venezuela’s biggest anti-government protests in more than a decade, and now they appear to be starting up again. In San Cristóbal, on the country’s border with Colombia and where unrest was sparked last February by similar though less severe economic problems, 14-year-old Kluiberth Roa was killed with a rubber bullet by police. That tragedy has only sparked further public anger.

Supermarket lines often run into the hundreds if not thousands due to shortages of the most basic goods, from shampoo to condoms. Inflation last year was near 70%. The economy, which has long been propped up by high crude prices, is crumbling as oil has tumbled over the last few months. (A barrel of Venezuela oil sells for half what it did a year ago; the country obtains 96% of foreign currency from oil.) Maduro has blamed this on an “economic war” being waged by the opposition with a hand from the United States, but many ordinary Venezuelans don’t believe that. “They talk about an economic war but we’re certainly not winning it,” said Aida Guedez Álvarez, a 61-year-old housewife buying a watermelon in 23 de enero. “I voted for Maduro but I’ve been deceived, like everybody else.”

Maduro’s government faces tough legislative elections later this year. “The government isn’t necessarily falling but it is weak and losing its leadership,” said Reinaldo Manrique, 24, an accounting student and student leader who was one of the very first detained for protesting in San Cristóbal, last year, sparking nationwide unrest. “But you know what? The leaders of the opposition are even more weak.”

Though former Chavistas are much angrier than they were a year ago, they do not see the opposition, led loosely by two-time presidential candidate Henrique Capriles, as a viable alternative. “Of course I’d never vote for Capriles,” said Alguilera, the street cleaner. “I give up. No one will change things.” Rather than protest, students are talking of finishing their studies and leaving the country. Many who took to the streets last year have left. “I’m studying to become a primary teacher,” said Leonardo Díaz, 25, in Caracas’ Plaza Altamira, a bastion of protest. “But as soon as I graduate, I’ll leave. All my friends at university are the same.”

Capriles, who stood against both Chávez and Maduro in presidential elections, is the more moderate face of the opposition. He continues to govern the state of Miranda and at least on paper lead the opposition. The government has cracked down on its more hardline critics. Leopoldo López, a major opposition heavyweight, has remained behind bars for more than a year for his role in inciting last year’s protests. “The government is working in a barbaric way to steal from public funds, destroy the country, rob the country’s oil while it says it’s constructing a homeland!” López’s father, also called Leopoldo, told TIME. Antonio Ledezma, Caracas’ mayor, was arrested and charged earlier this month in a conspiracy to overthrow Maduro.

María Corina Machado, another more radical leader, was charged in December with involvement in a plot to assassinate Maduro. “With Maduro there is more persecution than ever,” she told TIME. Next on the government’s list appears to be Julio Borges, an opposition party coordinator. The government requested a probe into his alleged conspiracies against Maduro this week. “Every year there are elections but this is the first time the government is up with a political crisis of this magnitude,” Borges told TIME. “In Venezuela everyone is scared—including the government.”

Maduro has remained tough. “Every fascist has his day,” the president said on Ledezma’s arrest. And he still has some support. As he completed a crossword on a park bench in the wealthy La Castellana area of Caracas, Emilio Neumann backed the government’s stance. “Lopez and Ledezma are exactly where they deserve to be, behind bars,” said the 69-year-old public administrator. “After calling so many people to the streets and committing who knows how many murders.”

President Maduro must hope, if he is to see out the next couple of years, that he can persuade people like Neumann to stay on side. To do this he must turn the country’s economy around, though with three official exchange rates as well as a black market on the dollar — with a spread between the highest and lowest of them of some 3,400 per cent — it is becoming increasingly difficult to do so. Pragmatic moves such as consolidating those exchange rates or raising the price of gas, currently the world’s lowest at just a few cents per tank, are politically dangerous especially when Chavistas are turning away from Maduro. 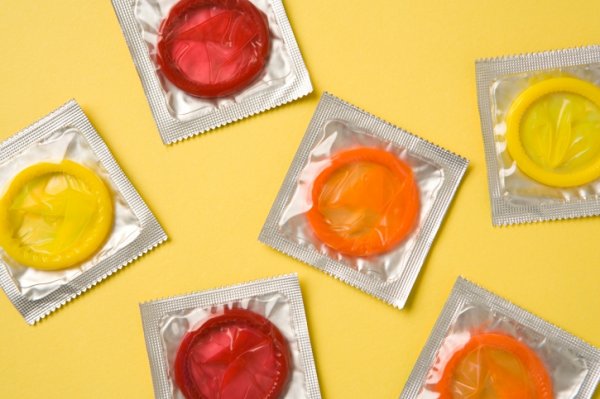 Are These the World's Most Expensive Condoms?
Next Up: Editor's Pick