Kelly Clarkson: I Will Never Tell My Daughter About From Justin to Kelly

Kelly Clarkson hasn’t released a proper studio album since 2011, but she’s had more pressing projects in the works: like marrying husband Brandon Blackstock and becoming a mom to eight-month-old River Rose. Fortunately, the musical drought is over. On March 3, Clarkson will release Piece by Piece, a record that’s loaded with slick power-pop (see lead single “Heartbeat Song”) and uplifting empowerment anthems (like “Invincible,” co-written by “Chandelier” and “Titanium” singer-songwriter Sia).

TIME caught up with the original American Idol to talk about the new album, the advantages of recording while pregnant and why fans might hear that country album sooner than they thought.

TIME: Kelly, I’m looking at your PEOPLE magazine cover, and I really like the haircut — you look like you should be in The Hunger Games, and I mean that in the best way.
Kelly Clarkson: What’s funny is I’ve had it for a year now — I just haven’t been in the public eye! I’m trying to grow it out, but it’s the hardest thing in the world because, obviously, it is the side of your head. I’m just struggling with what I’m going to do!

You’re famous for fiery breakup songs like “Since U Been Gone,” but there aren’t any of those on this album. Has motherhood mellowed you out, or do you have plenty more where those came from?
Yeah, I’m a woman! At any given moment I might get upset! But I’m human. The older you get, the more reflective you get, the more forgiving of human of error you get.

Older and wiser!
I don’t know. I hope I’m wiser than when I was singing “Since U Been Gone.” But I love a good anthem. I love angst. And I still love empowering songs.

Some songs on this record are co-written with Sia — if the two of you can’t turn someone’s mood around, they’re hopeless.
It’s a force!

You’ve talked in the past about doing a country album, but parts of this album sound like an ‘80s dance party.
I’ve actually been creating both albums, a country one and this one at the same time. I’ve been working on both projects simultaneously. I’m both people. I have everything on my iPad from country to R&B to pop to rock. I listen to classical as well. I had a pop record left on my contract, so we decided to put this one out first. It’s probably my best pop album that I’ve ever put out, maybe because we had a lot of time to work on it because I was pregnant! But I will have a country album that will come out. I always tell people I might do Broadway one day, I might do an R&B album. I just like music. It doesn’t just stop at just one genre. That’s what’s cool about pop — it encompasses all of it because it’s whatever is popular.

It’s paving the way for a big dance record.
Yeah! Stuff like “Dance With Me” or “Take You High.” I love stuff like that. Someone sent that song to me and was like, “This is way left-field, and you probably won’t like it.” I heard it and was like, “I love this!” I love music that sounds rave-ish. Why would you want the same song 13 times on an album? Life is a roller coaster ride of all these different emotions, not just one.

We need a Kelly Clarkson album for the clubs.
Well, you got it!

Great, it’s a plan: after country, you’ll do the dance album next.
There’s a bunch of dance remixes off this one too. I didn’t even know this, but I just found out from my label [I have] some crazy number of No. 1s for dance remixes. I had no idea. I was like, what? They take any song I do and make a dance version.

I was once at a club where, for the last song of the night, they turned on all the lights and played “Since U Been Gone.”
We just did that version at a club in London that we performed at on Valentine’s Day. We did the dance version. We loved it, my band and I. And there will be remixes for this. There’s already a few of “Heartbeat Song” and “Take You High” and “Dance With Me.” That’s what’s awesome about music: everybody likes everything, not just one type of genre.

What’s it like recording an album while battling morning sickness? Are you running back and forth between the booth and bathroom?
No, you’re just stepping over toward the trash can, my man. It’s right there beside you in the booth. It was really not fun, that part of it, but what’s also great [about] recording while pregnant is everything is enhanced: your whole body, every emotion, every thought, every vocal. Everything just feels like this burst of energy coming from you. It becomes super passionate. The presence is just different. I don’t know how to explain it. It was fascinating to record an album like that. That’s why my mom called me after she heard it. She heard it the [same] time everyone else did because I like having someone outside the bubble of who’s been creating it. She was like, “Oh my gosh, your vocal on ‘Invincible,’ I haven’t heard you sing like that in awhile!” I was like, “I know!” I got so inspired vocally with that song and just took it to this other place inside me. The producer was so excited, I was excited — it’s just a different feeling when you’re pregnant.

Did the baby help you pick any of the songs? She starts kicking inside you, and you think, “This is the single!”
[Laughs] I would love to say she did that, but no. Our 8-year-old, Seth, and our 13-year-old Savannah, they did help pick “Heartbeat Song” [as a single]. We’d be listening to different mixes in the car on the way to dinner or wherever we’re going, and they always asked for “Heartbeat Song.” They were like, “We love that song, play that song.” They know the whole album, and it’s not even out yet. It was fun to gauge from kids’ perspectives, not just ours.

At what age will you sit River Rose down and tell her about From Justin to Kelly?
Never! We don’t have to show her that! [laughs]

You’re going to pretend it doesn’t exist?
That’s what I do. So why not?

Singing competitions haven’t produced a major star in several years, and ratings for American Idol have been slipping. Have these shows run their course?
No, because more keep coming out. Even when people say ratings are coming down, that’s like, what, 20 million to 15 [million]? It’s still millions more than the others! They’re killing all the other shows on the network. It’s supply and demand, whether it’s American Idol or The Voice or America’s Got Talent or all the other shows. I do think it’s a lot harder because there’s such a plethora of them. People are always asking me, why did you make it? Or Carrie [Underwood], why did she make it? We were early on! There wasn’t a lot of competition. We weren’t competing as much, except for the fact that people hated talent shows, and now they like them! [laughs] They’ll last as long as people keep watching them.

The music industry has changed a lot in the past few years, not even just since the first season of Idol. How can shows better prepare artists for the music business today?
I don’t really think there’s an answer to that question. If people did know, they would bottle it up and sell it! You do have more leverage when trying to navigate your career than a first-time artist normally would have. You have the Carries or the Jennifer Hudsons, you have these people who are successful before you even have your project. That’s key. Justin Bieber came from YouTube, or the Dave Matthews Band, they had a huge underground following before they even had a record deal. Do I think there’s a right or wrong way? No. I love the way I came into the business. People don’t even realize Frank Sinatra got into the business through a competition. I don’t think it matters how you got here, it matters if you’re good enough to hang around.

The last time you did an interview with TIME, you said you didn’t identify as a feminist. That was big news for a lot of people. Has your stance changed?
What I said in that interview was [about] how society portrays feminism. It’s starting to turn around again, but for a while there, every time a girl said she was a feminist, that just meant she was a man-hater, which is not the actual definition of a feminist. It’s almost like the term diva: now diva is a bad thing. Diva used to mean these beautiful-sounding operatic singers who could break glass with their voice and floor you with what a powerful force they were. Now it’s a negative term, like, eh, she’s a diva. I feel like everyone made the term feminist derogatory, and I don’t identify with that.

Now, if you’re talking about a true feminist, like, do I believe in equal rights for women? Absolutely. I’m a feminist in the sense of saying I believe in equal rights. I think I got misled with that question in the last interview with y’all. The woman who was interviewing me at the time put that question out there and made it seem like a derogatory thing. I don’t think that everybody knows what the correct term is. Now they have Emma Watson out saying stuff, now at the Oscars everybody’s saying stuff. It’s coming back around to its true definition.

Now that you’re married with kids, how many “Miss Independent” jokes do you get on a daily basis?
Oh! I’ve never gotten one!

Really? No one’s like, “She put a ring on it, goodbye ‘Miss Independent!’”
Oh my God, no! Nobody’s said that yet. You are the first! You are groundbreaking.

I didn’t even make a joke about it!
You kind of did! I laughed. 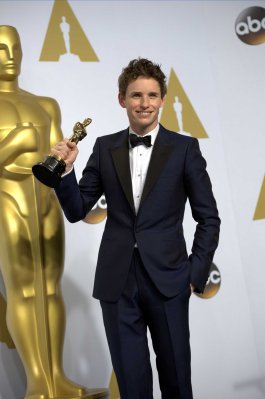