DC Comics' Catwoman Comes Out of the Closet

Selina Kyle, Batman’s stealthy enemy and love interest, officially came out as bisexual in the latest issue of Catwoman.

The leather-clad cat burglar kissed another woman in Catwoman #39, illustrated by Garry Brown, confirming what many fans had long suspected about the flirtatious, hyper-sexualized character.

“For me, this wasn’t a revelation so much as a confirmation,” Genevieve Valentine, the series’ writer, said on her blog.

Catwoman’s coming out is just the latest of many efforts by comic book companies to diversify their characters. DC’s Batwoman has identified as a lesbian since 2006, and one Green Lantern, Alan Scott, is gay. In 2013, a trans woman of color was introduced as a character in Batgirl. Marvel’s Northstar, a member of the X-Men, married his partner in 2012.

Catwoman has been around for 75 years (her first appearance was in Batman #1 in 1940), and her relationship to the Caped Crusader is complicated. Despite being enemies, they often work together and are involved in an intense, ongoing romantic relationship.

Valentine responded to critics who wondered what this revelation could mean for Batman: “Please be assured that Selina’s longstanding connection to Batman has not been forgotten; that is not how bisexuality (or humanity) works.” 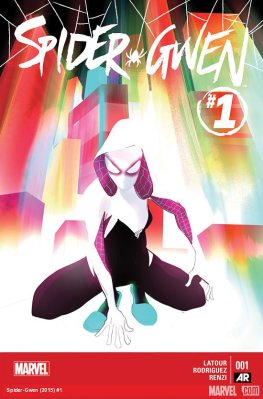 Now You Can Read Comics About Gwen Stacy as Spider-Man
Next Up: Editor's Pick