5 Things You Should Know About Cholesterol

Cholesterol seems to be one of those words that’s in everyone’s vocabulary, but many of my clients are incredibly confused about what cholesterol is, and how it affects their health. It also happens to be buzzing in the media at the moment, thanks to a new report from the Dietary Guidelines Advisory Committee, a group of top nutrition researchers who advise the government about what and how Americans should be eating.

If you’re feeling a little perplexed by all this cholesterol talk, here’s a simple breakdown of what you really need to know.

Cholesterol is only found in animal-based foods

Cholesterol is essential for your health

There are “good” and “bad” types of cholesterol in your blood

The two types of blood cholesterol you hear about most often are HDL (the “good” kind; think happy cholesterol) and LDL (the “bad” kind; think lousy cholesterol). HDL and LDL are actually carriers of cholesterol called lipoproteins. HDL is good because it carries cholesterol away from arteries and back to the liver, where it can be removed from your body. LDL—the bad type—has the opposite effect. Too much LDL can lead to a build-up, which clogs and narrows arteries, and creates inflammation. This chain of events can lead to a sudden rupture, which sends a clot into the bloodstream, causing a heart attack and/or stroke.

Read more: 9 Subtle Signs You Could Have a Heart Problem

For many years, the Dietary Guidelines for Americans recommended that dietary cholesterol should be limited to no more than 300 mg per day. To put that in perspective, one egg yolk contains about 185 mg, three ounces of shrimp contains about 130 mg, two ounces of 85% lean ground beef about 60 mg, and one tablespoon of butter about 30 mg. The brand new report eliminated this cap, however, because the committee believes that the research shows no substantial relationship between the consumption of dietary cholesterol and blood cholesterol levels. As such, they concluded, “Cholesterol is not a nutrient of concern for overconsumption.”

Nearly every media outlet covered the release of the report from the Dietary Guidelines committee, zeroing in on the omission of cholesterol limits—but that doesn’t mean it’s now healthy to go out and down cheeseburgers and pepperoni pizzas. The committee is still concerned about the relationship between blood cholesterol and saturated fat from foods like cheese.

You may have heard about another recent report, which concluded that a lower intake of saturated fat wasn’t linked to a lower risk of heart disease. That’s true, but it’s not the whole story, because the risk really lies in what you replace the saturated fat-laden foods with. When people curb saturated fat, but eat more carbohydrates, they lower protective levels of “good” HDL cholesterol, and drive up triglycerides (a type of blood fat), a combo that may actually up the risk of heart disease. But numerous studies have shown that replacing foods like butter and cheese with plant-based fats like almond butter, avocado, and olive oil can help lower heart disease risk.

Bottom line: the number one message from the new Dietary Guidelines report is that we all need to be eating less sugar and processed foods, and more plants, including vegetables, fruits, whole grains, beans and lentils. So if you have cholesterol from something like eggs, pair them with other whole, nutrient-rich plant foods, like veggies and avocado, combined with some fruit, black beans, sweet potato, or quinoa. That’s good nutrition. 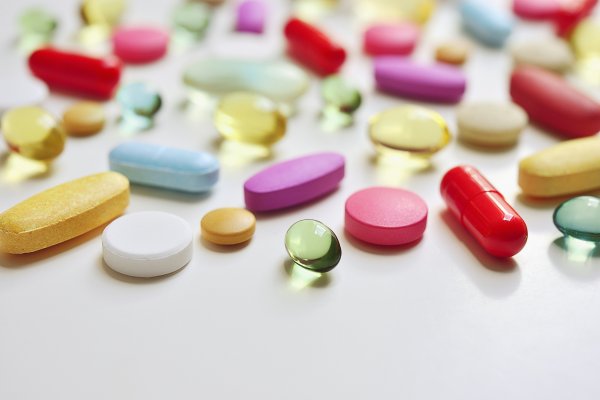 8 Things You Don't Know About Supplements
Next Up: Editor's Pick