Congress Scrambles As Time Runs Out on Homeland Security Funding

Speaker of the House John Boehner holds his weekly news conference at the U.S. Capitol on Feb. 5, 2015 in Washington, DC.
Chip Somodevilla—Getty Images
By Alex Rogers

At 12:01 a.m. on Saturday morning, the Department of Homeland Security will begin sending 30,000 of its employees home on furlough while the other 200,000 work without pay until and unless Congress passes a bill.

Despite dwindling time, it’s unclear what the House GOP leadership will do once it receives the Senate bill, which could pass as soon as Thursday. When a reporter asked House Speaker John Boehner what would happen, he simply blew kisses to the crowd.

“We have two different institutions that don’t have the same body temperature every day and so we tend to try and work to narrow the differences,” he said of himself and Senate Majority Leader Mitch McConnell. “But sometimes there are differences. The House by nature and by design is a hell of a lot more rambunctious place than the Senate. Much more.”

The prospect of a partial government shutdown is not all that surprising. This particular bomb has had a long fuse.

On Dec. 16, President Obama signed a bill that funded all aspects of government through September, except the agency tasked to carry out his most recent executive actions granting temporary work permits to up to five million immigrants who came to the country illegally. Homeland Security was funded through Feb. 27 to appease Republicans, who believed their new Senate majority would give them greater leverage to protest in 2015.

But the agreement gave House conservatives more time and the confidence to sway Boehner and his lieutenants to pass their dream bill in mid-January, which would strip funding for other executive actions, including one that would defund Obama’s more popular 2012 program granting deportation relief to hundreds of thousands of young adults who came to the country illegally as children.

It was clear at least a month ago that the House bill was unacceptable in the face of a Senate Democratic filibuster. But without any acceptable compromise, Senate Majority Leader Mitch McConnell announced two days ago that he would capitulate to the Democrats’ position, allowing a vote on a so-called “clean” bill that doesn’t include any immigration riders. He also will allow a vote on a separate bill so Republicans and potentially even a few Democrats can protest the recent and “most egregious” example of “executive overreach.”

House conservatives, some of whom wanted McConnell to change the filibuster rules to push through their bill, are furious.

“Harry is over there dictating terms to the Senate still,” says South Carolina Republican Rep. Mick Mulvaney, who hates the idea of a short-term compromise that would punt the deadline an extra few months.

“How do I go home and tell people that elections have consequences and that all the work they did to help the Republicans take the Senate has paid off if all we end up with is a three-month clean [bill],” he says. “That’s the same outcome we would have had if Harry was in charge.”

Democratic leaders twisted the knife Thursday, noting that Republicans could let the courts take up their fight, now that a Texas federal judge has ordered Obama to halt his most recent executive actions. Boehner, who believes that Obama’s executive actions are “unconstitutional,” dismissed that idea Thursday, calling for the Senate to act on the bill the House passed six weeks ago. “I think there’s a role for Congress to play,” he added.

House Democratic Leader Nancy Pelosi shot back Thursday in a separate press conference that “the gamesmanship should end.”

“Shutting down the government is their motive,” she said of House Republicans. “The Texas case … gave them a face-saving way to just end this.”

“If they send over a bill with all the riders in it, they’ve shut down the government,” added Senate Minority Leader Harry Reid. “We’re not going to play games.” 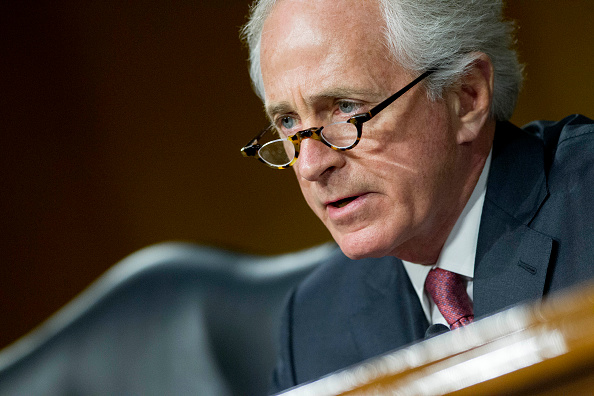 Lawmakers Feel No Rush on War Powers Debate
Next Up: Editor's Pick