Review: Focus: Can Will Smith Do Cary Grant?

Musical chairs or Russian roulette? Sometimes there’s as much tense drama in the casting of a Hollywood movie as there is in the finished product. This week’s example: Focus, a caper film about a veteran con man and the young woman he takes as his accomplice. Ryan Gosling, then Brad Pitt and Ben Affleck were touted as the dapper con, while the female lead was reckoned to be played, at one time or another, by Jennifer Lawrence, Emma Stone, Kristen Stewart, Michelle Williams, Jessica Biel, Rose Byrne, Olivia Munn — basically, every working actress under 35.

Since Focus conjures up a more relaxed time in Hollywood history, when the top stars radiated their golden appeal in romantic comedies about duplicitous souls, writer-directors Glenn Ficarra and John Requa might have dreamed of Cary Grant and Grace Kelly, who paired in Alfred Hitchcock’s 1955 To Catch a Thief. Grant had just hit 50, and Kelly was 25, but their upmarket glamour and wiles made a perfect match for a movie about an aging cat burglar and the young American heiress who dares to play his game.

Ficarra and Requa, the authors of this script that everyone and nobody wanted to star in, finally settled on Will Smith, 46, and Margot Robbie, the 24-year-old blond Aussie who shared Leonardo DiCaprio’s bed (and a ton of cocaine) in The Wolf of Wall Street. The mix of longtime star and minx on the rise is one tasty element in the success of a movie that approaches the modest goals and effortless allure of a 60-year-old Hitchcock.

“I can convince anyone of anything,” says Smith’s Nicky Spurgeon, and the man is not boasting. The con in con man is short for confidence — what he radiates, and what he extracts from his marks before fleecing them. The blithe smile, the genial but steely authority he wears like a bespoke suit: that’s Smith since his Fresh Prince days.

What’s odd is that in most of his movies — from the time he sauntered into action stardom with Independence Day, through a decade of dystopian sci-fi roles in I, Robot, I Am Legend, Hancock and the misfortune known as After Earth — Smith has been obliged to glower, macho-man style, as if Bruce Willis hadn’t already patented the stoic scowl. Even in the Men is Black movies, the actor’s cool was deadpan; the smile had to be inferred. So Ficarra and Requa deserve some credit in letting Will be Will in the star’s first charm barrage since 2005’s Hitch.

Spurgeon (whose Urban Dictionary definition genteelly translates as “the man of all men”) runs a con outfit of 20 or so filchers who work casinos, racetracks, football games — any place where cocky rich guys can be separated from their loot. He’s on hiatus when he meets the creamy blond Jess Barrett (Robbie), who pulls a clumsy ruse that he plays along with simply from professional curiosity. Out of her league but a quick study, Jess learns to pick the pockets of smitten strangers and earns her bona fides. She’s now ready to be Nicky’s partner, and perhaps rival, in con. “Congratulations,” Nicky’s aide-de-camp Horst (Brennan Brown) tells Jess, “you’re a criminal.”

The dapper-con genre, which includes The Lady Eve and The Sting, with a brief recent revival in Now You See It, demands of its audience only a readiness to fall for the flimflam, as Nicky’s marks do. The big gamble in Focus: it’s a Will Smith movie that dares to be small. It leads its stars into swanky peril with a zillionaire gambler (B.D. Wong) and an Argentine race-car mogul (Rodrigo Santoro), in games the viewer is wise to trust no one.

Ficarra and Requa, who pulled off a more brazen act of sex and treachery in I Love You Philip Morris, here just want to have and provide a good time. Which they do. They’ll even take an R rating for the fun of some raunchy wit spouted by one of Nicky’s pals (Adrian Martinez).

And Robbie validated the filmmakers’ trust at the end of a long casting process. Suggesting a modern Grace Kelly who wears her libido on the outside, and is a bit more self-conscious in her scheming, Robbie is really closer to a high-end knockoff of the young Michelle Pfeiffer. But that’s O.K. too: it adds to the film’s playful sense that everything, including star quality, is a con.

Except for Smith, of course. He may not be the 21st-century Cary Grant — who could be? — but as a Hollywood charmer, he’s still the real deal. 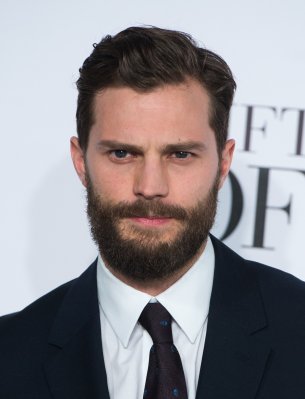