Lance Corporal Joshua Leakey of the Parachute Regiment is seen in this undated photograph released in London by Britain's Ministry of Defence February 26, 2015.
Reuters
By Noah Rayman

A British paratrooper was awarded the highest British military honor Thursday for his actions during a firefight in 2013 in Afghanistan.

Lance Corporal Joshua Leakey, 27, is only the third serviceman to receive the Victoria Cross for service in Afghanistan and the fifteenth since World War 2, according to the BBC.

Leakey was with a group of British and American troops who were pinned down on the side of a hill in Helmand province by about 20 insurgents. During the Taliban attack, he ran through heavy fire multiple times to assess the situation, assist the wounded U.S. Marine Captain, and fire on the enemy, ultimately helping the troops regain the initiative. During the battle, 11 Taliban were killed and four were wounded. 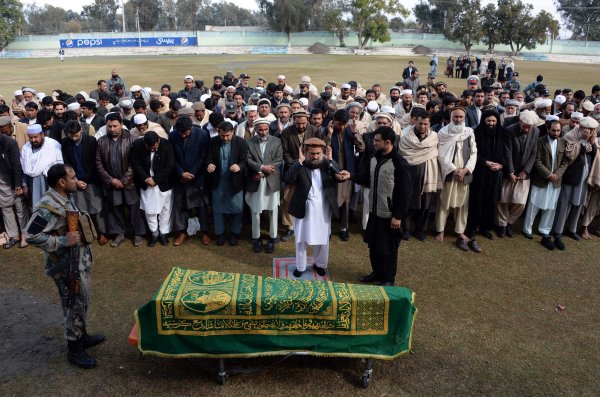 Civilian Casualties in Afghanistan Topped 10,000 in 2014
Next Up: Editor's Pick