A doctor who worked in Guinea treating Ebola victims says he was labeled a “fraud, a hipster, and a hero” after he was diagnosed with contracting the deadly virus on his return to the U.S.

In an essay published on Wednesday, Craig Spencer, who is New York’s first and only Ebola patient, says how politicians and the media accused him of putting the public at risk.

“I was being vilified in the media even as my liver was failing and my fiancée was quarantined in our apartment,” he wrote in the New England Journal of Medicine.

Spencer, 33, documents how his work in the Ebola treatment center in Guéckédou, Guinea, was rewarding, but that it also took a toll on his psychological and physical health.

“Back in New York, the suffering I’d seen, combined with exhaustion, made me feel depressed for the first time in my life,” he writes.

On Oct. 23, Spencer was hospitalized at Bellevue Hospital after reporting a fever and fatigue and was later diagnosed with Ebola.

Though the clinician had been monitoring his temperature in line with the Center of Disease Control and Prevention protocol, Spencer says his movements before the diagnosis were heavily criticized by the media and politicians.

“The whole country soon knew where I like to walk, eat, and unwind,” he said. “People excoriated me for going out in the city when I was symptomatic, but I hadn’t been symptomatic — just sad.”

Spencer slammed New York and New Jersey Governors Andrew Cuomo and Chris Christie for imposing extra, and what he believed to be unnecessary, quarantine measures for health workers returning from Ebola-stricken countries.

“Politicians, caught up in the election season, took advantage of the panic to try to appear presidential instead of supporting a sound, science-based public health response,” he said.

Spencer was discharged from Bellevue Ebola-free after 19 days of treatment. 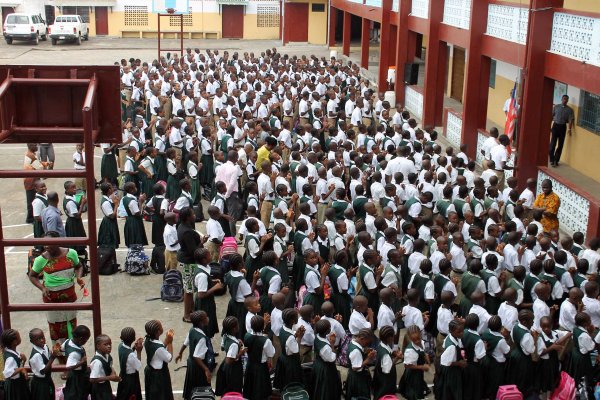 Liberia's Children Go Back to School but Ebola Remains
Next Up: Editor's Pick