Forget the Past America, Donald Trump Could Run For President

Donald Trump is huge. Don’t anyone forget that.

Also, he is really serious about running for president. Just look at what he told the Washington Post. “I am more serious about this than I’ve ever been before,” he said. That sounds pretty serious, unless you have a memory of what he has said before.

Left out of the Post story was a crucial piece of context. He used those exact same words—more serious than ever before—four years ago, the last time he didn’t run for president. When TIME interviewed him in the Spring of 2011, he said he was delaying the renewal of his television show, The Celebrity Apprentice, to explore the possibility of a political campaign. In the end, he used the publicity raised by not running for President as a bargaining chip in his negotiations with NBC. Now he is saying the same thing. Say what you will about Trump, but the man knows how to negotiate.

The echoes of past feints haunt Trump’s latest tease like a poker tell. Now he talks about hiring staff in South Carolina. In 2011, he was sending staff to Iowa and New Hampshire, offering himself as a speaker at rubber-chicken dinners. If he runs in 2016 in a crowded Republican field, he says this time he will have a clear message: “People around the world are laughing at us,” he told the Post. “Look at China, they’re killing us, taking our jobs. We have weakness in the Middle East and with ISIS. We have incompetent people running the country and I’m tired of it.”

That sounds familiar too. Here’s what he told TIME about four years ago: “Nobody can do the job that I can do. . . I can make this country great again. This country is not great. This country is a laughingstock for the rest of the world.” And here’s what he said in 1987, the first time he did not run for President, in a full-page newspaper ad attacking the administration of Ronald Reagan, the very man lionized by attendees at the Conservative Political Actions Conference where Trump will speak later this week: “The world is laughing at America’s politicians.”

So it goes. There was one other time Trump did not run for President, back in the runup to 2000, when he teased the Reform Party into talking about making him their nominee. His platform back then was the sort of stuff that would probably disqualify any Republican not named Trump from even being talked about as GOP nominee. It included federal single-payer health care—yes, the sort of socialism that even Barack Obama did not embrace—and a one time net worth tax of 14.25% on all Americans worth more than $10 million. (Primary residences, like those in upscale Trump properties, were exempted, of course, effectively turning Trump’s empire into an enormous tax shelter.) For the record, Trump says he has changed his mind on both ideas. He has also recently abandoned his pro-choice views on abortion.

But Trump knows something about the modern media that allows him to skate by all this: We scribblers have lousy memories, and a huge hunger for a good story. And boy, oh boy, is Trump a good story. For instance, just two days ago, he tweeted: “The Oscars were a great night for Mexico & why not—they are ripping off the US more than almost any other nation.” Hilarious! I am sure that will play well in Nevada, Florida, Colorado and New Mexico, where Republicans are set on improving their dismal 2012 margins with Hispanics. He is also lobbying to be the next Oscar host, because why not. Trump is huge.

To understand the man, and his brilliant business, you have to understand his history. And you can’t write about his presidential temptations without mentioning the past. Nothing has changed in 30 years. He really is a marvelous salesman. As I wrote in 2011:

That’s who Trump is. And thanks to a political press that loves to a Trump tale and lacks the column inches for context, that is who he will continue to be. The NBC suits must be feeling faint. He’s as serious as he has ever been about leaving The Celebrity Apprentice. America is a laughingstock. He is huge. He might even go through with becoming a candidate this time. The show is still sold out everywhere. 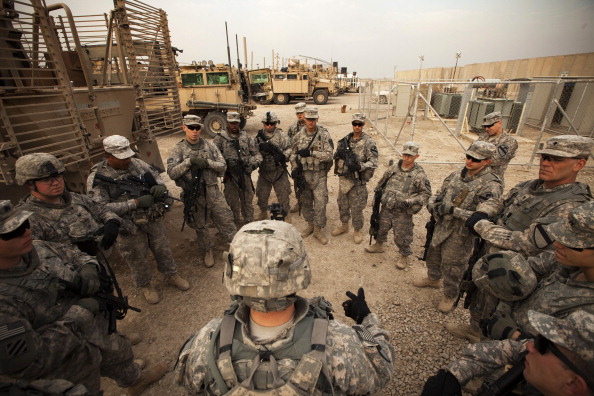