Scarlett Johansson new band The Singles only put out its first song last week, but another band with the same name has already issued a cease-and-desist order for trademark infringement.

The frontman for the other Singles, Vincent Frederick, claimed that the Avengers star and her fellow band members—Este Haim of the band Haim, Holly Miranda, Kendra Morris and Julia Haltigan—also issued an aggrieved statement.

“I woke up one morning and learned from the news that our band name was literally just taken by someone else as their own,” Frederick wrote in a press release, according to Pitchfork. “It’s hard to believe that any musician would do something like that to another band. The Singles has been my life for the past 16 years. We have worked so incredibly hard to make it a success.”

He added that their band has accounts on all major social media sites and sells music on iTunes so a basic Google search would reveal that another band already owned “the Singles.”

Johansson, whose debut album as a solo singer was released in 2008, has not yet publicly responded to the claim.

“The idea was to write super-pop dance music written and performed by girls,” Johansson told Rolling Stone about the creation of the band, citing Grimes, the Bangles and the Go-Go’s as influences. “I wanted it to be like those bands: ultra-pop but also a little ironic, a little in on the joke.”

Listen to “Candy” below: 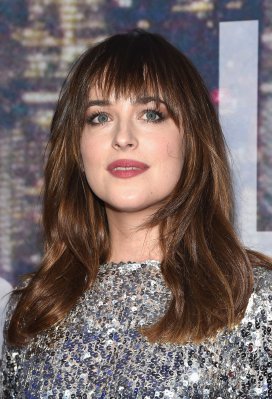 Watch Dakota Johnson Beg Her Mom to See Fifty Shades of Grey
Next Up: Editor's Pick