Army: Too Many Regulations Lead to Too Many Lies

Routine lying by Army officers—forced to tell untruths because of excessive rules and the service’s can-do culture—is leading the Army brass to review the regulatory burden. They’re hoping to return truth-telling to the nation’s biggest military service.

“Are we asking our soldiers to do too much in insufficient time? I do think it’s a legitimate question,” Army Secretary John McHugh told TIME on Tuesday. “I suspect some smart, appropriate housecleaning on our regulatory requirements for training would serve a useful purpose.”

McHugh’s call for a housecleaning comes after a pair of retired Army officers, in a study last week, concluding that fibbing is rampant in the service. While Army officers “respond with indignation at any whiff of deceit,” the study found that within 20 minutes of sitting down to discuss the Army’s integrity they were sharing tales of deception they had told—and were hearing from others wearing Army green.

The Army bureaucracy, Leonard Wong and Stephen J. Gerras concluded in Lying to Ourselves: Dishonesty in the Army Profession, has piled demands atop officers amid two wars for everything from creating computerized “storyboards” in a war zone whenever a soldier engages the enemy, to sexual-harassment training.

“People did not report enemy contact because they knew the storyboard was useless and they didn’t want to go through the hassle,” one senior officer said.

When it comes to mandatory sexual-harassment training (also required in war zones), one captain said he “called the platoons and told them to gather the boys around the radio and we said, ‘Don’t touch girls.’ That was our quarterly SHARP [Sexual Harassment/Assault Response and Prevention] training.” (More officers’ views here.)

Based on interviews with commanding officers, the study concluded that they know their subordinates are lying to them. That nurtures a moral rot that could harm the force. “Tolerating a level of dishonesty in areas deemed trivial or unimportant also results in the degradation of the trust that is vital to the military profession,” say the authors, both now professors at the war college. “Once the bar of ethical standards is lowered, the malleability of those standards becomes a rationale for other unethical decisions.”

Ordering up new requirements—something the U.S. military’s bloated headquarters know how to do—seems to turn the Army from G.I. Joe into your crazy uncle, researchers said. “When it comes to requirements for units and individuals, the Army resembles a compulsive hoarder,” the study says. “It is excessively permissive in allowing the creation of new requirements, but it is also amazingly reluctant to discard old demands.”

Officers interviewed by the authors at several Army outposts said this forces them to prioritize requirements and jettison those they deem less important. “It’s a systemic problem throughout the entire Army,” one officer complained. “We can probably do two or three things in a day, but if you give us 20, we’re gonna half-ass 15 and hope you ignore the other five.”

McHugh, the Army’s top civilian, agreed that there are too many regulations. “I’d be less than shocked if there are those that have outlived their usefulness,” he said at a breakfast meeting with reporters. “We need an open discussion about what it means to be an Army officer, what values do you need to display, and how do you display them, which brings us into some of the findings about dishonesty within certain officer ranks.”

McHugh says he plans to discuss the matter with top Army officers, which will likely lead to a weeding out excess requirements so officers won’t have to fudge (at least so much). “What we need to do is take a holistic view,” McHugh said. “I believe, from what I know about the issue right now, that there’s some gains to be made in that area.” 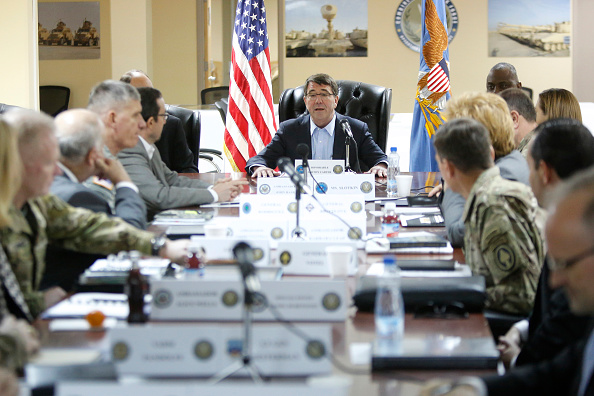 An Extraordinary Pentagon 'Bull Session' Over ISIS
Next Up: Editor's Pick