Cuban President Raúl Castro awarded medals to five men on Tuesday, calling them national heroes for their espionage work in the U.S.

“The Cuban Five,” as they were nicknamed, had attempted to infiltrate Cuban exile groups within the U.S. but were arrested and imprisoned in 1998, Reuters reports.

All were sentenced to lengthy prison terms, but three were released from U.S. custody on Dec. 17 when President Barack Obama announced a shift in Washington’s relationship with Havana. (The remaining pair had already returned to their homeland.)

In exchange for the final three spies, the Cuban government released a Cuban prisoner convicted 20 years ago of spying on his home country for the U.S.

The prisoner exchange was one element of a dramatic recent shift in U.S.-Cuba relations. Both countries have announced that they will restore diplomatic relations after decades of hostility and sanctions.

The Cuban Five were presented to a group of Cuban government officials, military officers and dignitaries at the Cuban parliament. Castro led the ceremony, but his brother, former President Fidel Castro, was not seen. Fidel, 88, has not appeared publicly in over a year.

Gerardo Hernandez, 49, was the leader of the arrested spies. “The honor that we receive today also demands that we rise to the challenges facing the revolution,” he said. 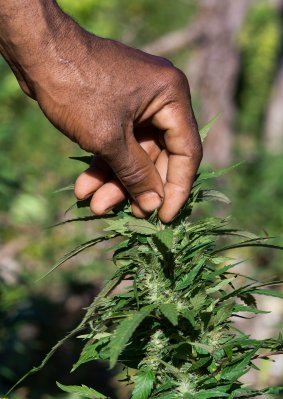 Pot Is Now Legal in Jamaica
Next Up: Editor's Pick