Kelly Osbourne has taken a stand in the controversy surrounding the Fashion Police comments made about Zendaya Coleman.

Just a day after E! News host Giuliana Rancic joked about the 18-year-old’s dreadlocks at the Oscars, Osbourne took to Twitter to fend off critics – and threatened to quit the show.

“The situation is being rectified like adults by both parties. I hope you can leave it to them and do the same,” the British TV personality Tweeted on Tuesday. Osbourne continued to fuel the fire by reminding fans that she is a friend of the K.C. Undercoveractress – and questioning staying on the show unless the situation is resolved.

The storm began when her cohost Rancic made a comment during Monday’s episode that Zendaya’s hair must have smelled of “patchouli” or “weed.”

Without outright identifying Rancic, Zendaya then took to Instagram to shame the talk show host for her “outrageously offensive” comments. “There is a fine line between what is funny and disrespectful,” she wrote.

Rancic, 40, quickly apologized for her statements via Twitter, explaining that she meant her comment to refer to “a bohemian chic look.”

Reps for E! and Osbourne did not immediately respond to PEOPLE’s requests for comment. 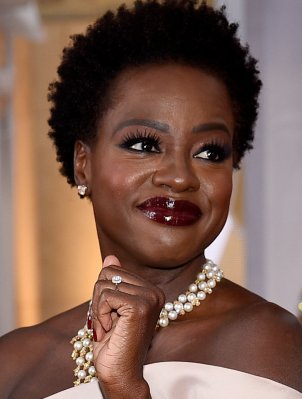 Viola Davis Confirms She Is Amanda Waller in Suicide Squad
Next Up: Editor's Pick