Here's What Foods Are Most Likely To Have E. Coli or Salmonella

More than 80% of the reported E. Coli illnesses were traced to beef and vegetables, according to a new report on foodborne illness. Salmonella, meanwhile, is transmitted in many different kinds of foods, including seeded vegetables, eggs, fruits, chicken, sprouts, beef and pork.

The report, the result of collaboration between three federal agencies that handle food safety, examined nearly 1,000 instances of patient infection with foodborne illness to provide a reliable understanding of how pathogens spread. Researchers hope the findings will “enhance efforts to inform and engage stakeholders, including industry and consumers, about food safety strategies,” the report says.

The news comes as members of Congress push for new federal laws to strengthen food safety. More than 9 million people are infected with foodborne illness every year, and more 50,000 people are hospitalized, according to the report.

“For more than a decade, our fragmented federal food safety system has been in need of dramatic reform,” wrote Senator Richard Durbin of Illinois and Rep. Rosa L. DeLauro of Connecticut in an op-ed in The Hill last month. “This leaves millions of Americans vulnerable to foodborne illness and contamination, whether intentional or unintentional.”

The pair noted that 15 federal agencies are responsible for monitoring the food supply, diminishing their effectiveness. (Among them are the three organizations behind the report—the Centers for Disease Control and Prevention, the Food and Drug Administration and the Department of Agriculture’s Food Safety and Inspection Service).

DeLauro and Durbin have proposed legislation to consolidate the food safety organizations into one agency. Senator Kristen Gillibrand of New York has proposed requiring grocery stores to contact customers individually who have purchased recalled items. 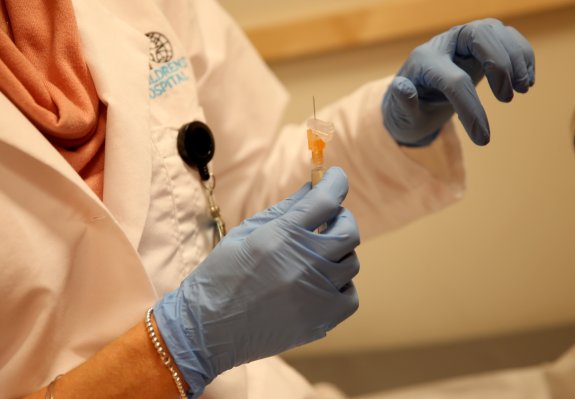