Bill O'Reilly and the Truthiness Defense

From the sound of things, Bill O’Reilly’s enforcers are going to have a busy time. When David Corn first made the case, in Mother Jones, that O’Reilly had inflated his war-correspondent record–implying that he’d seen combat “in the Falklands” when he covered it for CBS from Buenos Aires–O’Reilly said that Corn deserved to end up “in the kill zone.” When a New York Times reporter did a follow-up on the story, he told her that if he didn’t like what she reported, “I am coming after you with everything I have. You can take that as a threat.”

What that threat constitutes from O’Reilly is unclear, though in the past his producer has tracked down and camera-ambushed a string of journalists who’d dared criticize Bill-O. And Fox News in general has a not-so-secret reputation of strong-arming reporters who cover the media, as the late David Carr chronicled in 2008, when Fox and Friends aired altered photographs of two New York Times staffers in payback for unflattering coverage.

Maybe the threats will scare journalists off O’Reilly’s trail; or maybe making them so brazenly will rally more reporters to the story. Either way, if O’Reilly is not likely to suffer Brian Williams’ fate, it has less to do with the difference in their stories and more to do with the fact that O’Reilly is not Brian Williams: he’s an entirely different kind of journalist. His audience has a different relationship with him, based not on veracity but loyalty, not information but identification.

Like Williams, O’Reilly told stories about his reporting exploits that seemed to imply they were more dangerous than they were. There were differences in the particulars and the aftermath, though. Williams apologized for saying he was traveling in a helicopter that was hit by an RPG in Iraq when it was not. O’Reilly doubled down on his statements. In his telling, it became a matter of whether you think having reported “in the Falklands” is naturally assumed as meaning “in Buenos Aires at the time of the Falkland Islands war” and whether a violent protest equals a “combat situation.”

And that kind of argument–a debate over interpretation, spin, the motives of his critics–is the friendliest of grounds for O’Reilly to argue in front of his audience. Hell, it’s precisely what you watch O’Reilly for: not for news headlines but for a worldview, not for what happened but what it means–and what it means that your ideological adversaries see it as something else.

Once you’re inside that No-Spin Zone, all arguments become political arguments. And any argument can be considered, and attacked, with the tactics of political ones: ad hominems, consider-the-source rebuttals, somebody-else-did-something-bad-once-too rebuttals, appeals to loyalty and the sense of persecution.

Like so: the original claim against O’Reilly came from Mother Jones. Mother Jones is a liberal magazine; therefore its argument is invalid and we don’t even need to consider it further. If anyone follows up on the report–CNN, the New York Times–they’re also liberal, because all the media outside Fox is liberal, therefore we can disregard them too. If anyone else joins in, they are by definition also liberal because they’re attacking Bill-O, QED.

The fact that charges exist becomes the best defense against the charges. Not only that, they only reinforce that O’Reilly is right: he has the right enemies, he must be on the right side. The liberal media claims Bill lied about being in a war zone? Well, what is a “war zone” anyway? Look at the footage he showed of demonstrators in the streets! That’s combat enough for me! Case closed.

This is a perfect example, really, of the difference between a news host whose reputation is based on objectivity and one whose reputation is based on subjectivity. You can argue what Williams or O’Reilly deserves, but in the end NBC and Fox alike operate first out of practicality and self-preservation. And where it was devastating for Williams to have his veracity challenged in public, for O’Reilly to have this battle is branding.

That’s not to say O’Reilly can’t be harmed by future developments. You don’t make threats if you’re not concerned about something.

But as it stands, Bill O’Reilly’s audience is his best line of defense. When people watch you because they want to believe, they’ll do most of the work for you. 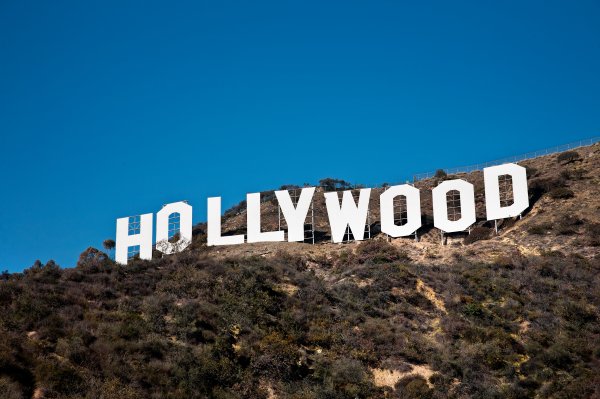 Why Can’t Hollywood Tell America’s Stories?
Next Up: Editor's Pick