Watch Two Unsuspecting Pedestrians Get Swallowed by a Sinkhole

Security camera footage captured the terrifying moment when two pedestrians disembarked from a bus and fell into a sinkhole in Seoul, South Korea, late last week.

They only suffered minor injuries in the incident, which happened near the Yongsan rail station, the Associated Press reports. The Korea Times reports via Yonhap News Agency that they fell approximately 10 feet.

An apartment complex is being built nearby, so the Yongsan Fire Department has said authorities will check out streets in the surrounding area to see if there are any other sinkholes. 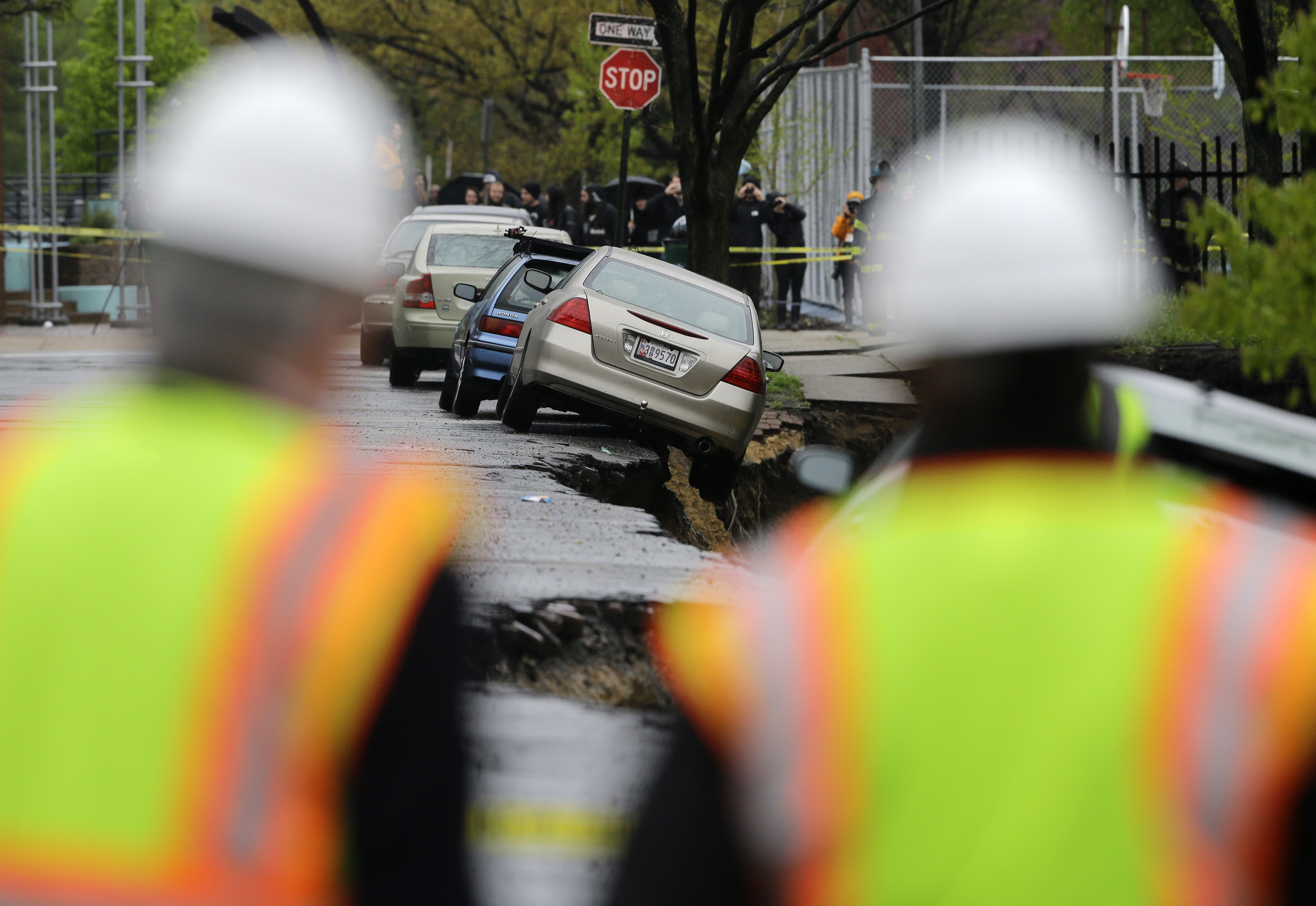 Emergency officials approach cars on the edge of a sinkhole in Baltimore, April 30, 2014.
AP 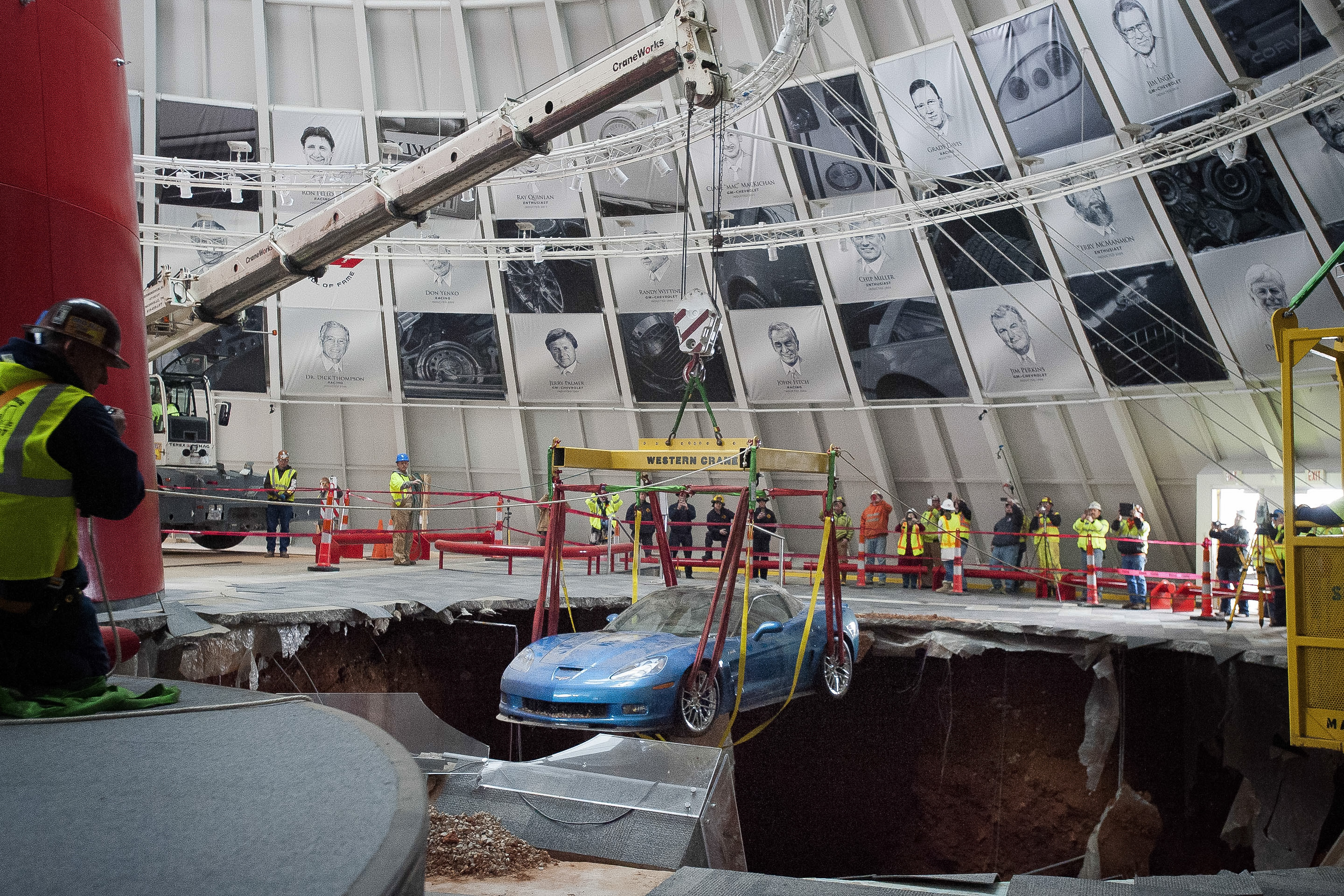 One of eight Chevrolet Corvettes is removed from a sinkhole in the Skydome at the National Corvette Museum, Monday, March. 3, 2014, in Bowling Green, Ky. On Feb. 12 2014, a large sinkhole swallowed eight prized cars, piling them in a heap amid loose dirt and concrete fragments.
Alex Slitz—AP 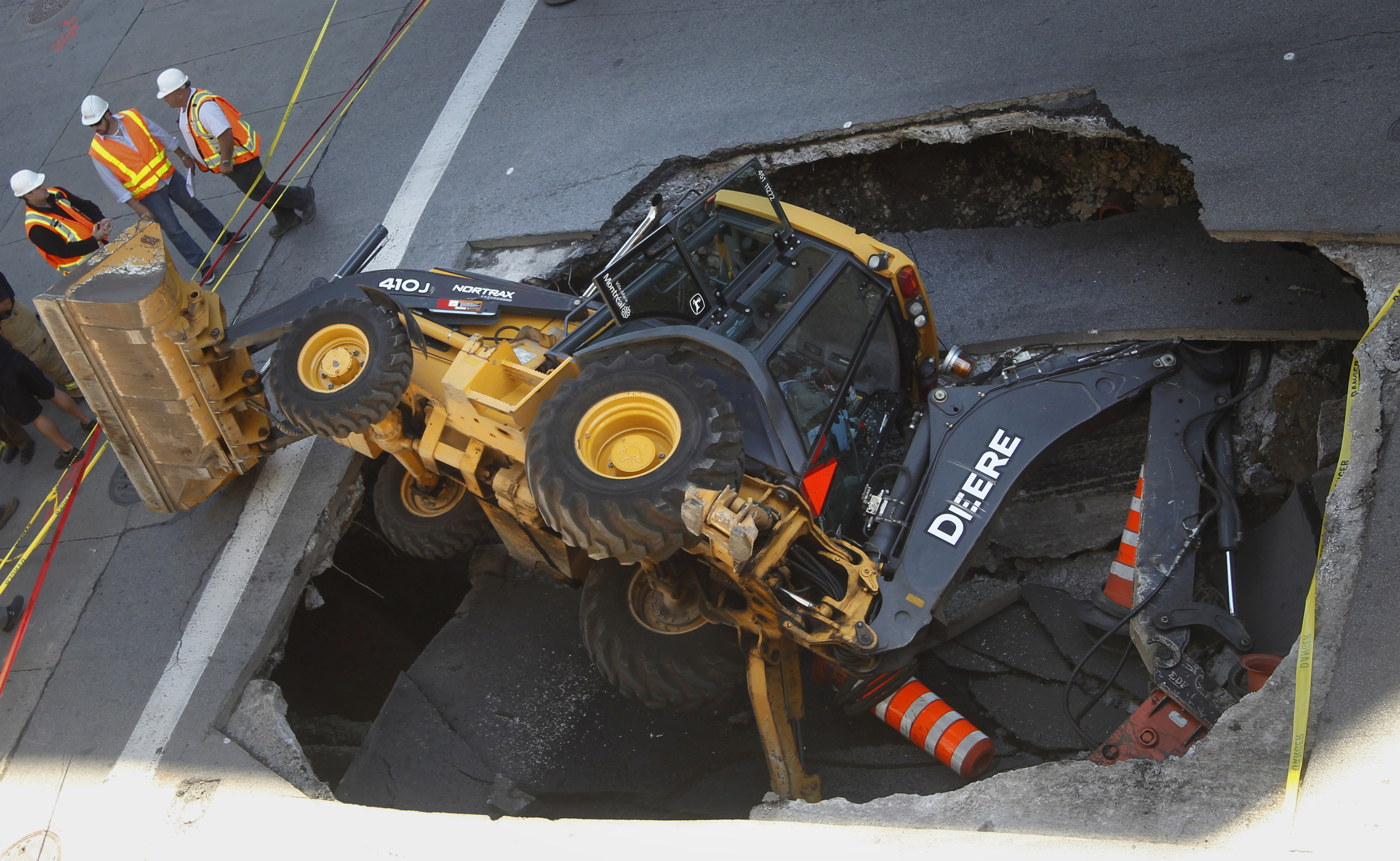 A construction vehicle lies where it was swallowed by a sinkhole on Saint-Catherine Street in downtown Montreal, August 5, 2013.
Christinne Muschi—Reuters 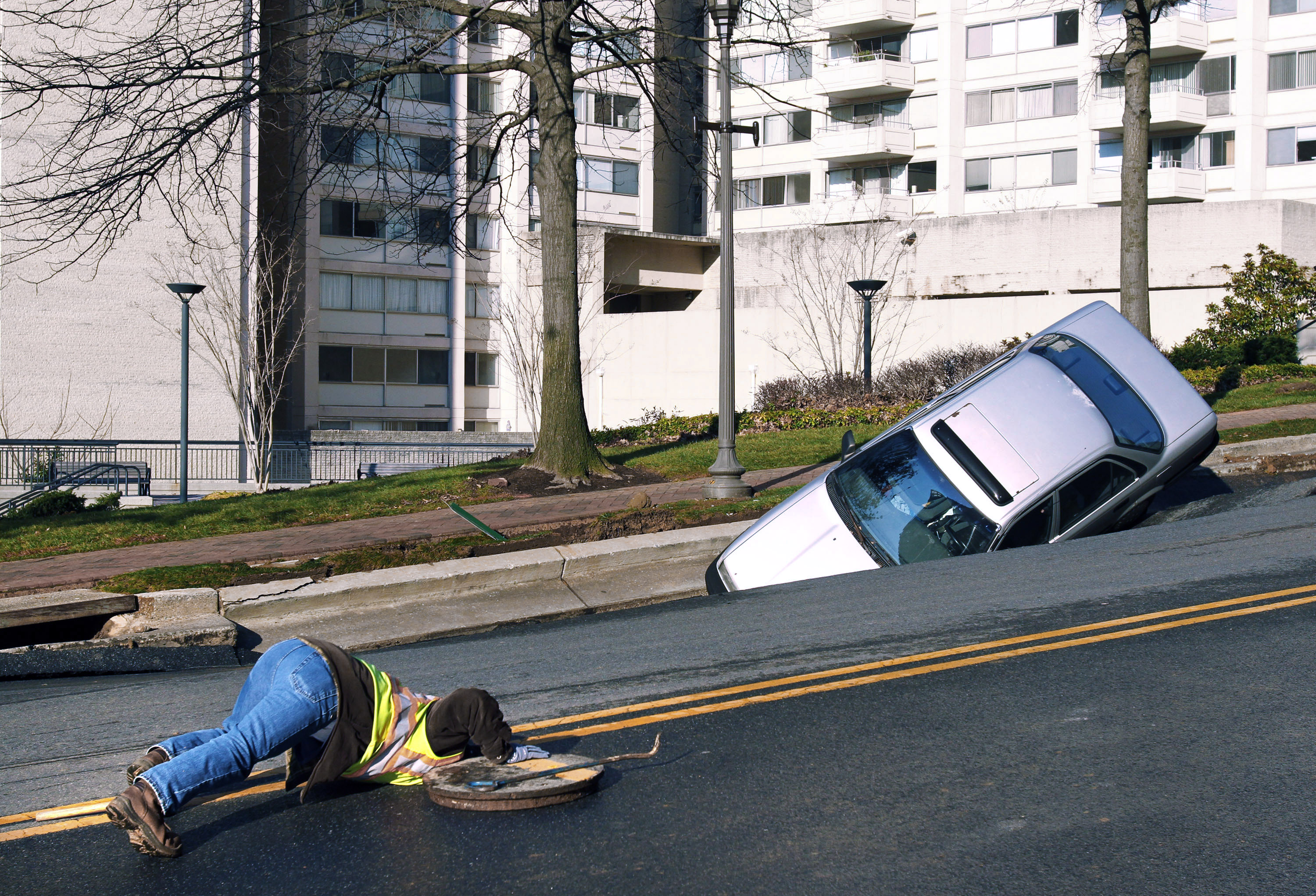 A utility worker looks underground to examine the scene where a sinkhole began on December 3, 2010 in Chevy Chase, Maryland. No one was reported injured in the accident.
Logan Mock-Bunting—Getty Images 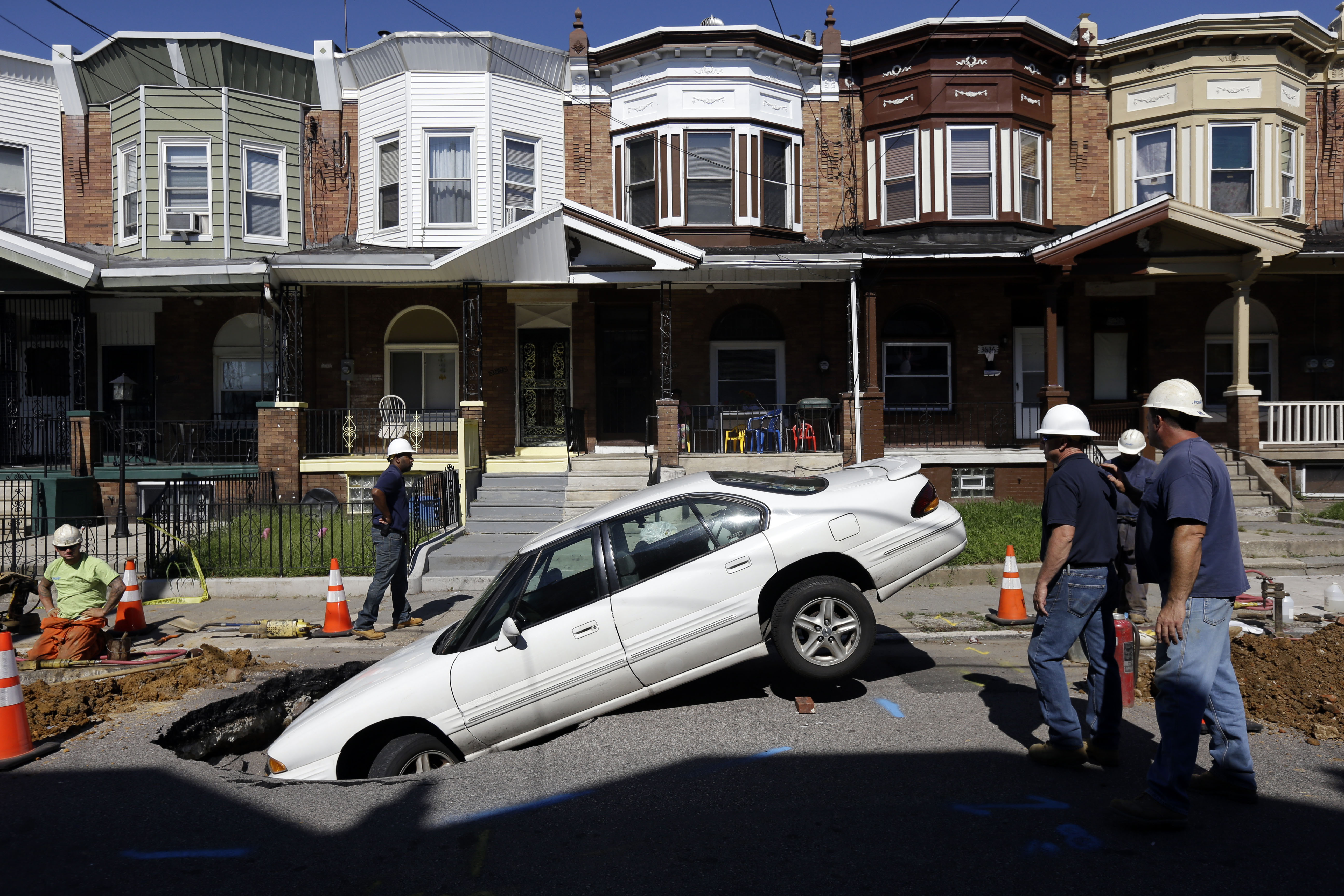 Workmen view a car with its front end in a sinkhole, July 30, 2013, in Philadelphia. PVI-TV reported the sinkhole opened up overnight on a street in the city's Hunting Park section, with the front of the car falling in the hole.
Matt Rourke—AP 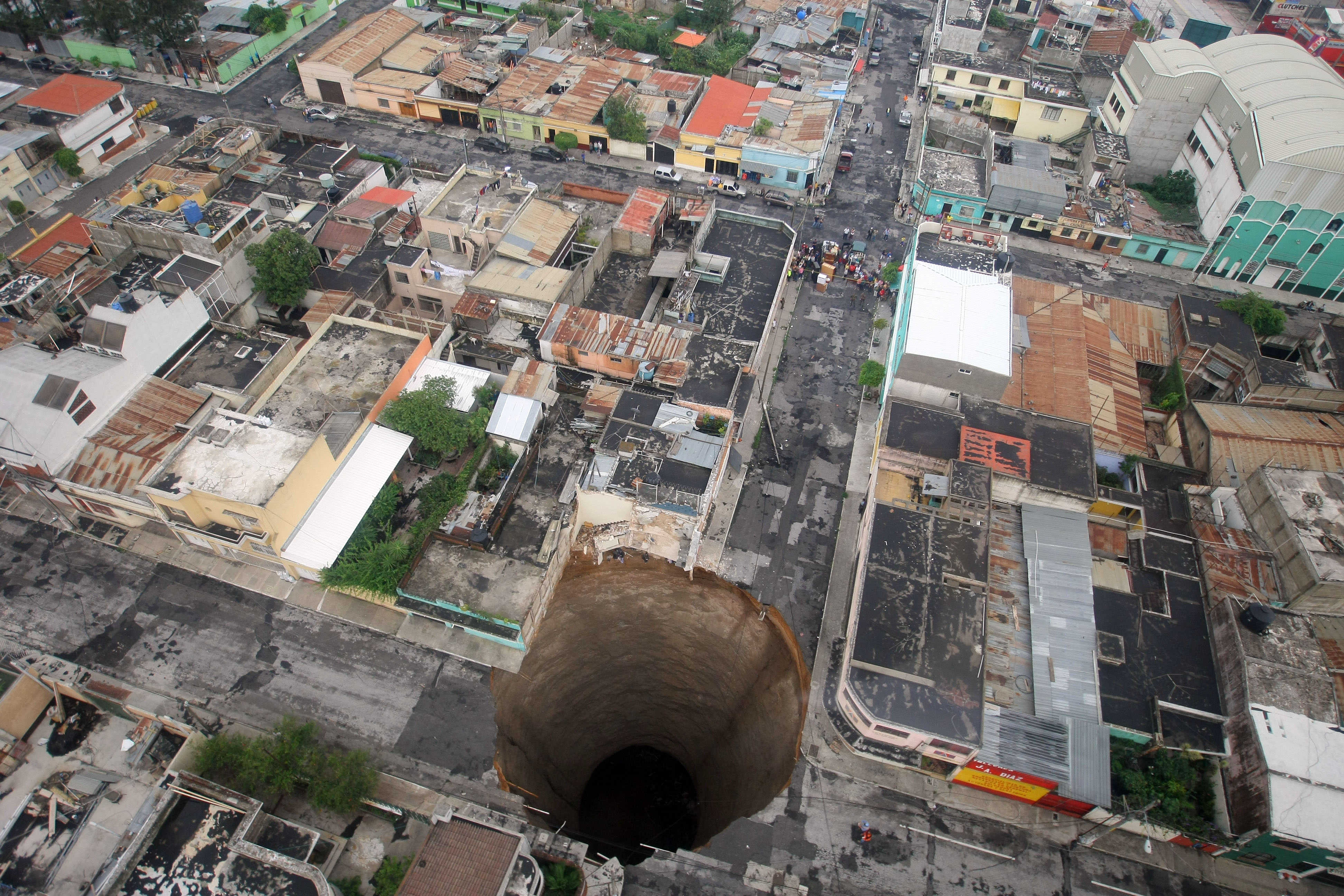 A sinkhole covers a street intersection in downtown Guatemala City, May 31, 2010. A day earlier authorities blamed the heavy rains caused by tropical storm Agatha as the cause of the crater that swallowed a a three-story building but now say they will be conducting further studies to determine the cause.
Luis Echeverria—AP 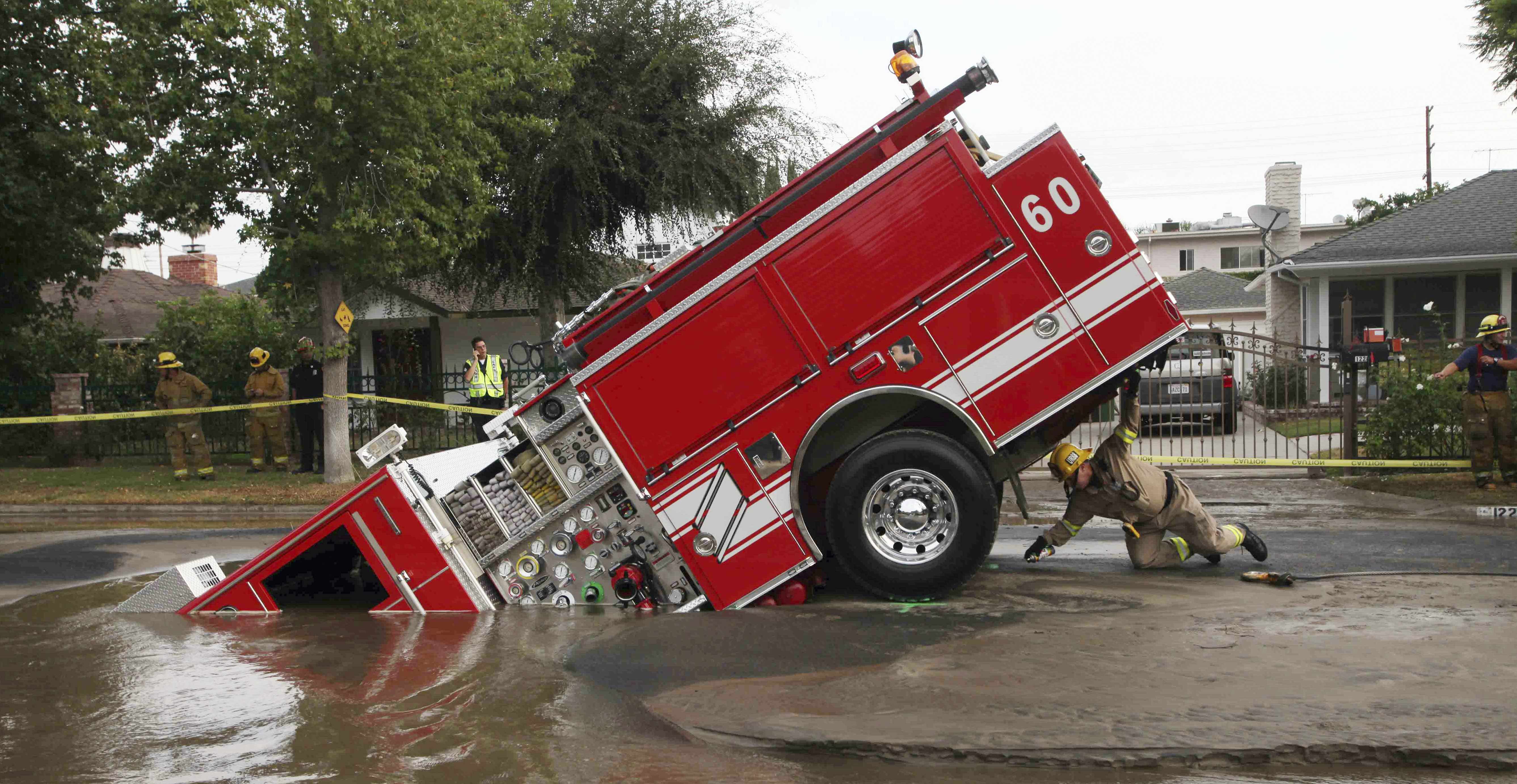 A Los Angeles fireman looks under a fire truck stuck in a sinkhole in the Valley Village neighborhood of Los Angeles, Sept. 8, 2009. Four firefighters escaped injury early Tuesday after their fire engine sunk into a large hole caused by a burst water main in the San Fernando Valley, authorities said.
Nick Ut—AP 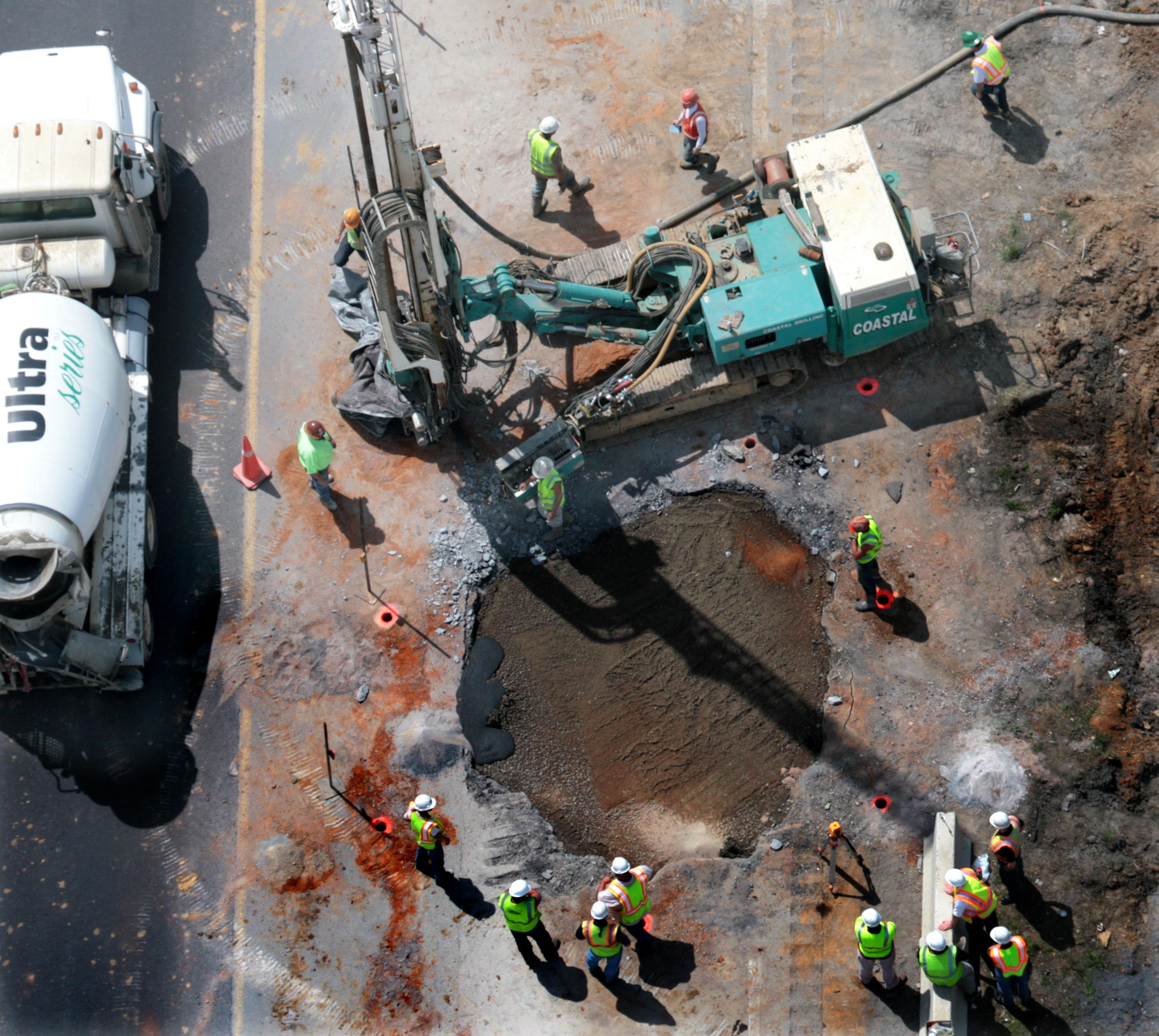 An Aerial view looking down on a sinkhole as traffic passes in Frederick, Maryland on April 24, 2008.
Linda Davidson—The Washington Post/Getty Images 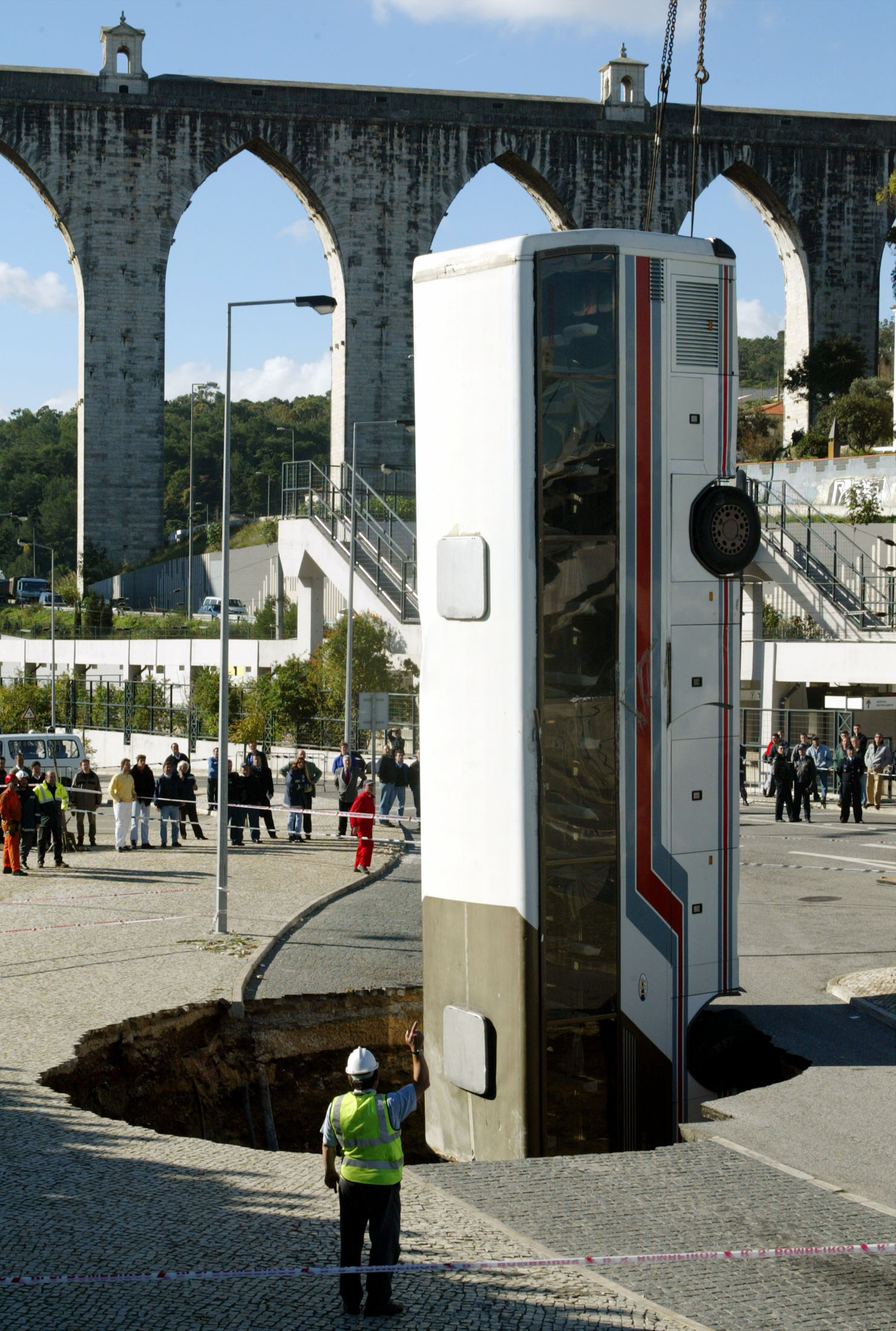 Rescue workers remove a bus with a crane from a Lisbon street sink hole Nov. 25, 2003. The bus was parked on a Lisbon street when the ground began to open. No casualties were reported.
Jose Manuel Ribeiro—Reuters/Corbis
1 of 9
Advertisement