Parks and Recreation Watch: Find Your Team and Get to Work

Spoilers for the series finale of Parks and Recreation follow:

“When we worked here together, we fought, scratched and clawed to make people’s lives a tiny bit better. That’s what public service is about: small, incremental change every day. Teddy Roosevelt once said, ‘Far and away the best prize that life has to offer is a chance to work hard at work worth doing.’ And I would add that what makes work worth doing is getting to do it with people that you love.”

The most prominent feature of Parks and Recreation’s finale was the flash-forwards, extending the characters’ lives as far ahead as 2048. But there was another recurring visual, smaller but at least as important. Before each character’s flash-forward begins, Leslie Knope touches them–a hug, a hand clasp, a warm pat on the shoulder.

Parks began as a much sharper-edged, satirical comedy, closer to the spinoff of The Office it was kinda-sorta conceived as. It ended as something much warmer, more expansive and optimistic–and, toward the end, became a kind of loopy near-future science fiction. But it was always, above all, about that hand.

Leslie Knope–not unlike her icon and returning Parks guest Joe Biden–was a toucher. Both in work and friendship, she believed in reaching out, prodding, getting in people’s space. In the show’s beginning, that seemed to mark her as delusional: a small-town civil servant who believed that by being proactive and positive she could actually change the world.

But as the series went on, it showed that Leslie was crazy enough to be right. She could be a quixotic politician and an exhausting friend–approaching both roles with bursting binders of research–and she didn’t win every battle she picked. But she also showed, one Harvest Festival and Pawnee Common at a time, that if you reached out to people and assumed the best of them, you really could leave them better than you found them.

“One Last Ride,” the series finale (co-written by Amy Poehler and co-creator Michael Schur), was about the sum total of all the gestures and connections Leslie made over the course of the series, and how they rippled out into the future. If, as I wrote last week, Parks’ final season was really a single finale told over thirteen episodes, then “Ride” was its coda, the final few minutes of Six Feet Under expanded into an hour.

There were tradeoffs to treating the final season as an extended finale. It allowed the last episodes to give extended sendoffs to our favorite characters and the expansive world of Pawnee without feeling rushed. But it also meant that, once the Pawnee National Park arc was resolved, there was no significant central conflict driving the story. (Not coincidentally, I think, the episode that ended that arc, “Leslie and Ron,” was the best of the season and one of the best Parks has ever done.) In its place came a lot of ever-afters and mostly happy endings; to use a comparison nerd Ben would appreciate, it was like The Return of the King, with a whole lot of postscript and goodbyes after the fall of Sauron.

Even by the standards of sitcom endings, this one was more sweet than bittersweet–at times, it hit the Sweetums a bit hard–with the characters not just finding happiness in the future but succeeding wildly in ways that were appropriate to them. Like Dorothy’s companions in The Wizard of Oz, they get the gifts that suit them: fame for Tom, coolness (despite parenthood) for April and Andy, contentment (and 51% of the Lagavulin Distillery) for Ron, and so on. The one Parkster who dies, Garry, does so on his 100th birthday, after living an essentially perfect life.

(Sidebar: are we all assuming that, by the time Ben and Leslie visit Gerry’s graveside in 2048, she’s now President? Or is he, since the Secret Service agent seems to be addressing both of them? Nice touch–assuming it was intended this way–to toss in the reveal offhandedly, in such a way that you could conclude either Ben or Leslie could be POTUS. One assumes, like Bill and Hillary, they’ll each take a shot at it in some order.)

It’s interesting, though, that while Parks gives its characters happy endings, they don’t inhabit a perfect world. Like the 2017 of the rest of the final season, “One Last Ride” is set in a kind of comedy dystopia: there are eight corporations left, the country has run out of beef, and schools don’t teach math.

That’s typical of Parks: it’s combines a sense of satire about the larger world with unashamed positivity about the smaller individuals in it. What makes the endings happy here is the characters’ mutual support for one another. Ben steps aside for Leslie to run for governor, as she had earlier backed his run for Congress. Tom comes up with the idea for his self-help empire by seeing each of his coworkers as a different personality model for success. April helps Donna help her husband finance his school’s fancy math-learnin’.

Maybe the sweetest, and cry-makingest, of all these is Ron coming to Leslie as she did to him years ago, asking for direction in his life, and her helping him find it, in the least objectionable sector of the federal government, the National Parks System. (Ron, after all, once said crying is acceptable two places: funerals and the Grand Canyon. With this scene, I would add a third.)

It’s friendship, of course, but there’s another concept that the finale hits repeatedly: the team. When April is wavering over having kids, Leslie says that it would be a way for the couple to expand their great team. And it’s how Gov. Leslie Knope describes public service to the students at Indiana University: “Now, go find your team and get to work.”

It’s an interesting choice of terms. On the one hand, who doesn’t love teams? On the other hand, the whole concept of team spirit–in politics, on the Internet, in the culture at large–can be divisive: blind loyalty, us vs. them, Team This and Team That.

The final gift that Leslie Knope gives us here is to reimagine that team mentality in a healthy way. In her eyes, it’s not about defensively finding a gang of people to circle the wagons with out of suspicion of the rest of the world. It’s about finding your matches, your soulmates, your Galentines. It’s not about an idea of loyalty that means you deny flaws in yourself and your friends; its about making a pact to make each other better, even if it sometimes means getting in each other’s business. It’s about–to use another term that’s become politicized–community.

And speaking of teams: I haven’t gone through the transcripts of every episode, but I’m pretty sure this finale was the first time we learned, via Leslie being approached by the DNC, that Leslie Knope is a Democrat. (In a 2012 Huffington Post interview, Schur said that “we have never said the words ‘Republican’ or ‘Democrat’ on the show and we never will.”)

It’s not as if Leslie’s general philosophy has ever been hidden, anyway. But the spirit of Parks, captured in its beautiful final minutes, has been to express a political idea in personal, nonpolemical terms. Like Leslie, the show believes that people have an obligation to help other people; unlike Ron, it believes that government is one, imperfect means of doing that.

It believes, to return to that image that the finale returned to over and over again, in extending a hand. But not to push, or to drag someone else along. It believes in seeing the best in other people, helping them become their best selves, so that they in turn will be able to do that for someone else. (Just as April, in the foundation job she got indirectly through Leslie, was eventually able to help Donna.)

In the end, what Parks and Recreation thinks about friendship is what it thinks about public service. It’s not a handout. It’s a hand up.

Now for a final hail of bullets:

* Another nice thing about the final days of Parks and Recreation is how, though Leslie and Ben had triplets, it avoided falling into the sitcom trap of focusing on how Kids Change Everything. All that said, I was happy that we got to meet Burt Snakehole Ludgate Karate Dracula Macklin Demon Jack-o-Lantern Dwyer, and glad that April and Andy wrestled with the decision to become parents in the most April and Andy way: “Yes, I would love all the awesome stuff my body would go through…”

* Don’t ask me why, but Craig and Typhoon’s flash-forward to their vacation on a transparent airplane reminded me of Six Feet Under‘s Rico collapsing on the futuristic cruise ship in his own flash forward. It’s amazing the things your brain stores in a life of TV-watching.

* I’m still trying to work out the timeline on that possible Ben-Leslie Presidential succession timeline. Maybe she ran in 2036 and 2040 (her “new unknown challenge” after leaving as governor in 2035), and he ran in 2044? Am I overthinking this? I’m overthinking this.

* I know that the episode could only flash so far forward but I do hope that Gerry’s passing meant that Brandi Maxxxx got her shot at the mayor’s office at long last.

* I have so much respect for Ronald Ulysses Swanson that I will even forgive him his casual swipe at my Michigan Wolverines. But just barely.

* OK, allow me one tiny quibble: I had always thought that, given how important the Pit was to the first season and to getting so many of these characters together, that the finale might have built toward some kind of closing storyline involving Pawnee Common. Fixing the slide, I guess, sort of paralleled that first project, but did anyone else miss it?

* Speaking of which: if I were a better organized person, I’d have been keeping a list this last season of which Pawnee personages and landmarks the show managed shout-outs to. Is there anything you noticed the final season leaving out? 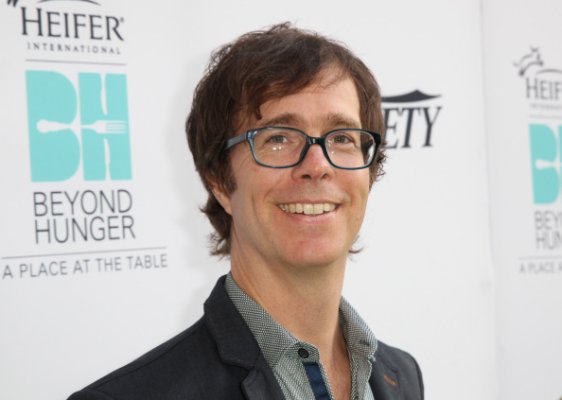