Netflix announced in December that it would release a new Judd Apatow-produced Pee-wee Herman movie, and now we know the title: Pee-wee’s Big Holiday.

Paul Reubens, who first introduced the character in 1977, will star in the film, which Netflix says will tell the story of “a fateful meeting with a mysterious stranger” that “inspires Pee-wee Herman to take his first-ever holiday in this epic story of friendship and destiny.”

John Lee, a director for Broad City and Inside Amy Schumer, will helm the movie (his directorial debut for a feature film) and the screenplay was written by Reubens and Paul Rust (Arrested Development, Comedy Bang! Bang!).

It’s been 38 years since Reubens debuted the character in a performance with the Los Angeles improv group The Groundlings, and it’s hard to predict whether his quirky sense of humor will still be a hit — especially after his personal brand was tarnished by several sex scandals. Nevertheless, he’s seen success with theatrical performances in character as Pee-wee Herman in New York and L.A. in recent years, and he’s been invited to play small roles on episodes of shows like 30 Rock and The Blacklist.

Without the pressure of a theatrical release, Netflix may be his best shot at a major comeback — and for the binge-inclined, the service already offers four Pee-wee movies for streaming online. 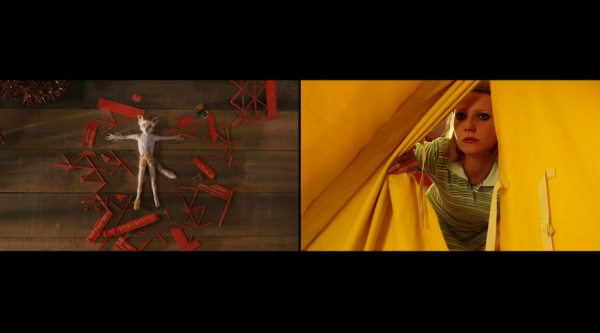 This Wes Anderson Supercut Shows Just How Obsessed He Is With the Colors Red and Yellow
Next Up: Editor's Pick