The black rat that has long been assumed as the carrier of the deadly bubonic plague may not responsible for the disease that killed about 25 million people in the 14th century, according to a new study.

The report from the University of Oslo suggests instead that the culprit was likely an Asian rodent, the great gerbil, BBC reports. The Black Death infected Europe in waves, and for decades scientists believed its endurance was due to rodent “reservoirs” among the European black rats. When the climate in Europe was right, characterized by dry summers, the rat population would balloon and fleas would then pass the disease from rats to humans.

New research suggests that these weather conditions were not met in Europe. But in Asia, where gerbils thrive during wet springs and warm summers, the climate was optimum for a major boom. Now scientists theorize that it was in fact the giant gerbils that carried the disease-ridden fleas. They infected humans, who then brought the plague back to Europe along trade routes and in harbor cities.

The study appears in Proceedings of the National Academy of Sciences of the United States of America.

“If we’re right, we’ll have to rewrite that part of history,” said Christian Stenseth, a professor a the University of Oslo.

Read next: How a Speech Helped Hitler Take Power 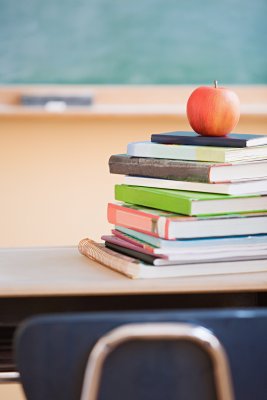 Texas Teacher Will Donate a Kidney to 6-Year-Old Student
Next Up: Editor's Pick