A legendary diva, an Olympic gymnast, and the guy who taught you how to party rock will compete on the new season of ABC’s Dancing With the Stars, premiering March 16.

In addition to Patti LaBelle, Nastia Liukin and LMFAO’s Redfoo, the cast will include Michael Sam, the first openly gay football player to be drafted into the NFL; actress Suzanne Somers; Rumer Willis, the daughter of Demi Moore and Bruce Willis; and Willow Shields, best known as Primrose Everdeen from The Hunger Games movies.

The full cast was revealed Tuesday morning on Good Morning America, but not all of the names are immediately recognizable. Noah Galloway is a veteran of the Iraq War who lost part of an arm and a leg during an IED attack, while model Charlotte McKinney only recently made a splash by starring in a provocative Carl’s Jr. advertisement that debuted during this year’s Super Bowl.

The full list of stars, and their dancing partners, are: 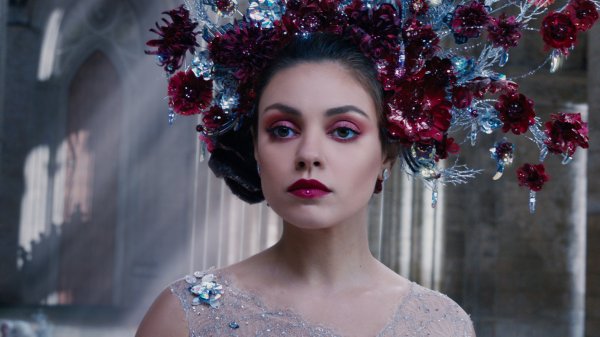 Now That Jupiter Has Descended, What's Next for the Wachowskis?
Next Up: Editor's Pick