Chicago Mayor Rahm Emanuel talks with residents at a senior living center during a campaign stop on Feb. 23, 2015 in Chicago.
Scott Olson—Getty Images
By Maya Rhodan

It’s Election Day in Chicago, and Mayor Rahm Emanuel and the four candidates that are vying for his spot spent the past couple of days scrambling for last-minute votes.

Emanuel needs to get over 50% of the vote in order to avoid a runoff in the non-partisan contest. He’s raised about $15 million in the race, according to the Chicago Tribune, and has received vocal support from President Obama, who praised his former White House chief of staff during a visit to Chicago last week. The president has appeared in a radio spot, is featured in Emanuel’s latest ad, and even stopped by a campaign office during his visit.

Emanuel’s biggest challenge comes from Cook County Commissioner Jesus “Chuy” Garcia, who has criticized the mayor for spending big in the race—saying it’s proof that wealthy donors are funding his campaign.

According to a recent Chicago Tribune poll, Emanuel had 45% of the vote while Garcia had 20%. Challengers Alderman Bob Fioretti and Businessman Willie Wilson each had 7% of the vote and candidate William Walls held 2% of the vote. 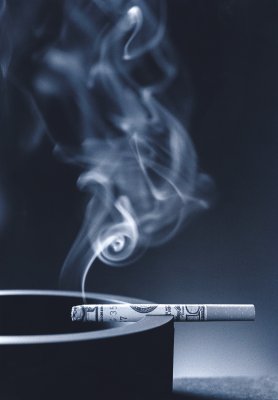 New Orleans Bans Smoking in Bars and Casinos
Next Up: Editor's Pick