Greece’s new government has cleared the first of what’s likely to be many hurdles as it tries to buy time for its plans to get the country out of its economic mess.

Jeroen Dijsselbloem, the Dutch finance minister who chairs the Eurogroup committee of Treasury heads, said he had received, on time, a list of planned reforms that Greece wants to replace the less palatable aspects of the country’s €240 billion bailout plan, and that it seemed likely to be an adequate basis for further negotiations.

Getting the list to Brussels by close of business Monday was the first condition of a deal struck Friday which will keep the current program alive, ensuring that neither the government nor Greek banks will run out of money in the near term.

The list of proposals sent by Finance Minister Yanis Varoufakis contains more general principles than concrete measures, most of which can be summed up in its final sentence promising that “its fight against the humanitarian crisis has no negative fiscal effect” – in other words, putting the bailout’s budget targets before its election promises to spend lavishly on those worst hit by the crisis.

The list also appears to back down on key demands made by the creditors on issues like value-added tax and pension reform. It also outlines ambitious plans to crack down on tax evasion and smuggling and to close loopholes in the system, in an effort to redistribute more of the tax burden to big companies and richer individuals.

It also commits not to roll back privatizations that have already been completed, and to phase in a new “smart” approach to wage bargaining, essentially opening the door to firm-by-firm agreements that the creditors insist are key to making the country’s labor market work better. Greece’s jobless rate of 25.8% (as of December) is the highest in Europe, after a five-year recession that destroyed a quarter of the country’s economy. Plans for an immediate and sharp increase in the minimum wage have also been dropped, replaced by another “phased in” suggestion.

Dijsselbloem said the Eurogroup would hold a conference call later Tuesday at which it would discuss whether to accept the proposals as a basis for negotiations.

The proposals were greeted with approval in Germany, Greece’s largest creditor in the Eurozone. Vice-Chancellor Sigmar Gabriel was quoted by Reuters as saying he was “cautiously optimistic that we are…moving step by step to a solution of the conflict,” while Finance Minister Wolfgang Schäuble asked parliament to approve Greece’s request for a four-month extension to the program, in line with Friday’s deal.

Greece’s stock and bond markets reacted joyously to the news, with the benchmark stock index rising 7.2% and the risk premiums on Greek government and bank debt tumbling. The yield on the government’s five-year bond fell by over two percentage points from over 14% to 12.12% by lunchtime in Athens.

Not quite everybody was happy, however. The government’s proposal to crack down on public procurement processes is bad news for companies that have done well out of the existing system. Shares in Dromeas SA, the country’s largest maker and seller of office furniture, fell 8.5% as Varoufakis took aim at non-salary and non-pension spending which “account for an astounding 56% of total public expenditure,” the letter noted. 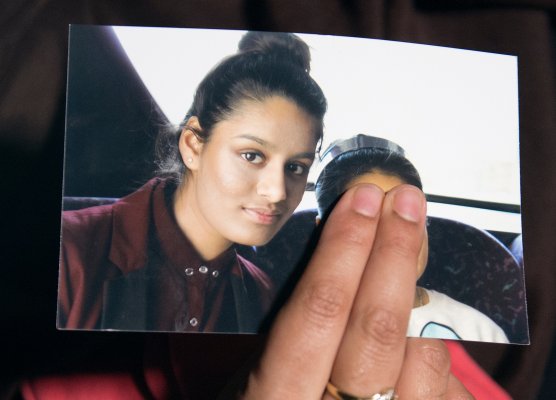