Renu Begun, sister of teenage British girl Shamima Begun, holds a photo of her sister as she makes an appeal for her to return home at Scotland Yard in London on Feb. 22, 2015
Reuters
By Sabrina Toppa

The Islamic State of Iraq and Greater Syria (ISIS) is deploying social media and the promise of adventure to enlist young British Muslim girls to wage jihad in the Middle East, a counterextremism think tank said Monday.

Police are currently searching for three young British Muslim girls they believe might have traveled to Syria to join ISIS after apparently being seduced by the group’s fanaticism.

The trio, ranging in ages from 15 to 16, boarded a flight to Istanbul from London last week without notifying their families, Reuters reports. Turkey is a common waypoint for young extremists aiming to reach neighboring Syria.

ISIS uses social-media tools like Twitter, Facebook and Ask.fm as recruitment channels, according to the Quilliam Foundation, which estimates women account for approximately 10% of the 600 British Muslims so far recruited. The foundation released a 2014 report saying “the promise of an Islamist utopia” drew women lacking agency in their own lives in the West.

“Many of these girls are not allowed out, or to do certain things in society,” said Quilliam’s managing director Haras Rafiq. “When they are online, they are being targeted with messages of empowerment.”

“These girls are going abroad because they are not really achieving what they consider to be much in Britain,” Rafiq added. 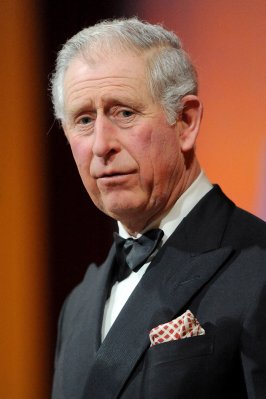 Prince Charles to Meet President Obama in the White House
Next Up: Editor's Pick