On Tuesday, Alaska’s new marijuana law officially goes into effect, which means that as of Feb. 24 recreational weed is now a legal substance in three states. Oregon is set to follow in July.

Adult residents in America’s northernmost state are now able to personally consume weed in their homes — as well as grow up to six plants — and confidently be on the right side of the law. If they get pulled over for expired tags and have up to an ounce of weed on their person, the latter is no longer going to get them in trouble. (So long as they haven’t been toking and driving.)

Consuming weed in public remains illegal. As Cynthia Franklin, director of the state’s liquor control board, said on Monday “People will not be legally lighting up out in the park tomorrow.” Should someone feel compelled to celebrate the occasion in public, they’re looking at a $100 fine. In the hopes of keeping everyone informed and behaving, legalization-advocacy group the Marijuana Policy Project will also be launching ads on the sides of Anchorage buses with messages like “Consume responsibly” and “With great marijuana laws comes great responsibility.”

MORE How Colleges Are Dealing With Legal Pot

Weed has been quasi-legal in Alaska since 1975, when the state’s supreme court ruled that Alaska’s constitutional right to privacy included the ability to possess and use a small amount of marijuana at home. But the force of that historic ruling became unclear when lawmakers explicitly criminalized the possession of pot, even at home, in 2006. While getting arrested for smoking weed at home was not a common occurrence before Alaska voters legalized it in 2014, Franklin says Tuesday marks a moment of clarity. “For the people of Alaska, it’s a day where all of this ‘Is it legal?’ or ‘Isn’t it legal?’ is straightened out,” she says.

Franklin’s team at the Alcoholic Beverage Control Board is in charge of setting up the state’s legal market. Tuesday also marks the first day they can get to work, though Franklin says she isn’t quite sure what that job will look like in a few months. On Feb. 22, Alaska Gov. Bill Walker introduced a bill that would set up a new Marijuana Control Board to oversee and enforce the law, rather than leaving it to the board that oversees liquor licenses. Franklin is also expecting lawmakers, currently in the midst of a busy session, to pass other marijuana-related bills that will affect the scope of their work, like legally defining the term edibles, or food prepared with marijuana.

Alaska officials have already visited Colorado to see how the social experiment is being run there, and they’re planning on a visit to Washington soon. Franklin is grateful that her state, the fourth to legalize marijuana, had a chance to learn from those trailblazers’ successes and challenges. A prime example is what she calls “the gummy bear problem” of children accidentally ingesting THC-packed treats that look like regular candy or snacks. She says that edibles in Alaska will be well labeled with recommended serving sizes and may be going before a board, one-by-one, to get pre-approved before they go to market.

But those details are just a few in a pile that officials will be racing through in hopes of getting the first marijuana business licenses issued in early 2016. “It’s really just the beginning for us,” Franklin says. 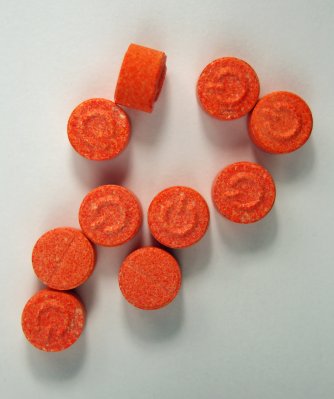 Wesleyan Students Hospitalized After 'Molly' Use
Next Up: Editor's Pick