Ben Woolf, the actor who played Meep on AHS: Freak Show, has died, PEOPLE has confirmed.

While the Los Angeles medical examiner says an autopsy confirming cause of death is still pending, Woolf was hospitalized in critical condition on Thursday after being struck in the head by the mirror of a passing SUV, as he was crossing a street in Hollywood.

Over the weekend, Woolf’s status had been upgraded to “critical, but stable,” with TMZ reporting that he was still under “constant doctor supervision,” and that his family was sitting vigil by his bedside.

After the accident last week, Woolf’s rep said in a statement to PEOPLE, “Ben is one of the kindest and hardest-working people I know. His condition remains critical at this time and we ask that everyone please keep Ben in your thoughts and prayers, and respect his family’s privacy during this time.”

Prior to his role on AHS: Freak Show, the 4′ 4″ actor, who was diagnosed with pituitary dwarfism as a child, also had roles in the films Dead Kansas and Haunting Charles Manson.

“We have been overwhelmed by the outpouring of love and support from all over the world for our beloved Ben,” his family said in a statement Monday. “He touched so many hearts in his 34 years. His memory will live on within each of us and within his work.”

His rep added, “Ben was one-of-a-kind, and will never be forgotten … The time we all shared together will be remembered forever.” 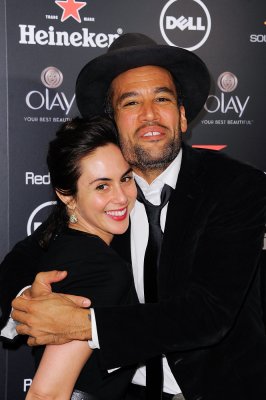 Ben Harper Got Hitched
Next Up: Editor's Pick