Citizenfour, the documentary about former NSA contractor Edward Snowden, took home the Oscar for Best Documentary Feature at the Academy Awards on Sunday night. But the film’s win has been somewhat eclipsed by one of host Neil Patrick Harris’ jokes about the movie’s controversial subject.

After Citizenfour director Laura Poitras accepted the award on stage (along with journalist and lawyer Glenn Greenwald, the film’s editor and one of its producers), Harris remarked, “The subject of Citizenfour, Edward Snowden, could not be here tonight for some treason.” Plenty of supporters of Snowden, whose charges don’t actually include treason, weren’t impressed by the pun and voiced their disappointment on Twitter.

Snowden himself, however, appears to have taken it in stride. “To be honest, I laughed at NPH,” Snowden wrote in a question-and-answer session on reddit following the movie’s win. “I don’t think it was meant as a political statement, but even if it was, that’s not so bad. My perspective is if you’re not willing to be called a few names to help out your country, you don’t care enough.” 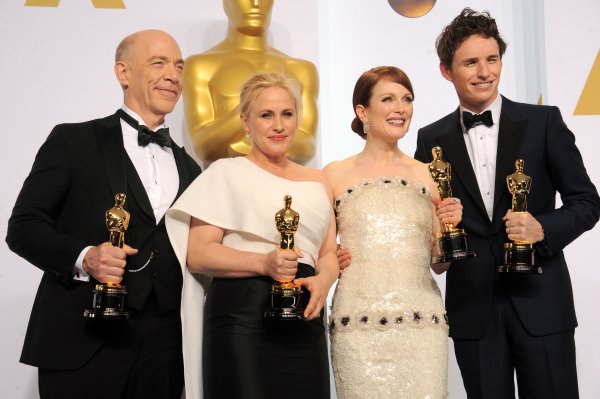 How Hollywood's Finest Partied After the Oscars Ended
Next Up: Editor's Pick