5 Ways to Transform Yourself Into a Leader

After months of effort, you finally land the promotion you’ve had your eyes on. On paper, it’s your dream job: You have a bigger team under you, more exciting responsibilities, a direct line of communication to the big boss, a salary that’sactually competitive, and of course, the highly anticipated corner office.

But the day-to-day reality isn’t unfolding quite as you’d hoped.

You’re getting apathetic vibes from your employees, and you don’t know why. You’re doing everything you’re supposed to be doing—managing projects, directing traffic, juggling deadlines and budgets. You’ve even tried bringing cupcakes to the office, but your team’s energy seems to evaporate as soon as the sugar high wears off. You’re left wondering: What more could they possibly want?

Data tells us that today’s employees want a lot more out of their jobs. In our increasingly educated workforce, employees are no longer satisfied to punch a clock and collect a paycheck. They don’t want to blindly follow instructions handed down from the manager; they want to feel empowered. In fact, recent research shows that teams managed by motivators perform better than those that are too heavily controlled by a designated supervisor.

In short, employees want a Tony Robbins, not a Donald Trump.

No one is saying you need to convene a daily kumbaya circle, but there are some practical steps you can take now to up your game and elevate yourself from a manager to a leader.

1. Leaders Know How to Listen

Leaders listen to everyone, even those who might not have as much “experience” as other people in the room. In my last corporate job, I worked for the CSO of a Fortune 100 company. At team meetings, he would sit back quietly while the VPs jockeyed loudly for his approval. He would let them monopolize the forum for a little while, and then he would turn his attention to someone who hadn’t bothered to try to compete with the dog and pony show. “What do you think?” he’d ask, giving that person all of his attention. It brought out the best in the quieter people, and it humbled the louder ones.

The best leaders treat brainstorming as a democracy of ideas. One way of getting more invested participation from your employees is to introduce a weekly team meeting where new ideas are solicited from each person. This is a great way to strengthen the team mentality, showing your employees that you want and welcome their brilliance. (Here are a few more strategies for listening better.)

2. Leaders Know the Difference Between an Amateur and a Pro

Leaders earn their stripes through consistent displays of professionalism, not by taking the shortcuts we so often see from amateurs. According to Steven Pressfield, author of Turning Pro, “the difference between an amateur and a professional is in their habits. An amateur has amateur habits. A professional has professional habits. We can never free ourselves from habit. But we can replace bad habits with good ones.” The amateur calls in sick when he’s had too much to drink the night before; the professional shows up early and does his best work, even if his physiology is hating him. If it means he has to give 150% to get the job done, that’s what he gives it. The leader takes full responsibility for his actions and, by doing so, imparts the message to those around him that they need to do the same.

3. Leaders Leave Their Egos at the Door

A true leader does whatever is required to get the job done. If that means manning the copier, making the midnight coffee run, or assembling folders, that’s what the leader does, even if his paycheck and title suggest such jobs are “beneath” him. This approach not only guarantees that the work gets done; it also does wonders for the energy levels on the team.

One way to implement this is to pay attention to the unique brilliance of each employee on your team. If you see that people are exceptionally good at something, offer to take some work off their plate so you can free them up to make better use of their skill set. If you’re coming up blank on ideas for them, ask them what they’d like to do more of. They will respect you for getting your hands dirty, and they’ll appreciate you for making them feel seen and heard.

4. Leaders Live Outside Their Comfort Zone

Playing a big game doesn’t always feel natural or comfortable, but it’s a choice that true leaders make again and again. As kids, we are often conditioned to go with the grain and to avoid disrupting our environment. We often keep ourselves from really being seen, and from being different. The problem here is that this encourages us to grow into very average adults who only feel comfortable when we’re playing small.

I’ll never forget the moment I stepped backstage at TEDxBerkeley. As the least seasoned speaker at the time (hello, I went on after Guy Kawasaki), I thought I’d definitely be the most nervous in the room. Boy, was I wrong. The whole group backstage—best-selling authors, innovators, serial entrepreneurs—were all panicked. Nothing this rewarding can possibly exist in your comfort zone, and it’s the leaders who are willing to wake up daily, stepping outside of theirs.

Emotional intelligence—the ability to read and connect with just about anyone in the room—is great, but it doesn’t sustain you in times of uncertainty and instability. It wasn’t until I became a career coach that I learned the importance of emotional fitness. Emotional fitness is your ability to flexibly endure the ups and downs of business and life. The difference between managers and leaders is the way they react to and process the failed deals, the lost clients, and even the busted refrigerator in the break room. Managers freak out, sending tiny ripples of panic and chaos through the rest of the team. Leaders tap into an inner Buddha, an unwavering stillness that empowers them to take a deep breath and keep moving forward.

If I could impart one final insight on you, it’s this: Successful people are simply willing to do what other people aren’t. In exchange for giving more of themselves, they reap much bigger rewards.

They are also patient. Pressfield says, “our work is practice. One bad day is nothing to us. Ten bad days is nothing.” If you are committed to becoming a true leader, don’t be discouraged if the situation doesn’t change overnight—leadership, like all forms of self-improvement, is a journey, not a destination. True leaders understand that it’s not about where they go; it’s about who they become. 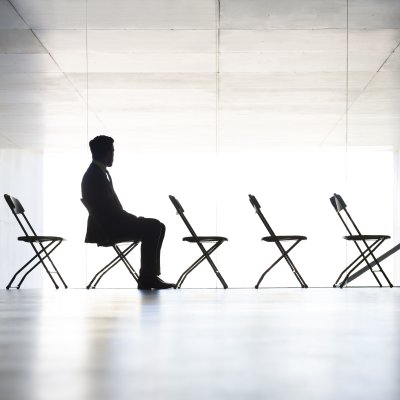 5 Toxic Beliefs That Can Hinder Your Success
Next Up: Editor's Pick