Celebrity Activism Flames Out at the Oscars

Patricia Arquette, best supporting actress winner for her role in "Boyhood," poses with her award during the 87th Academy Awards in Hollywood on Feb. 22, 2015.
Lucy Nicholson—Reuters
Ideas
By Brian Moylan
Brian Moylan is a writer and pop culture junkie who lives in New York. His work has appeared in Gawker, VICE, New York magazine, and a few other safe-for-work publications.

Each year, more and more movies about issues bring home the big trophies at the Oscars, and, as a result, the acceptance speeches are full of people calling for change or visibility for whatever pet cause got them to the podium in the first place.

Last night, Best Actress winner Julianne Moore brought attention to Alzheimer’s disease, while Best Actor winner Eddie Redmayne did the same for ALS. Best Supporting Actress Patricia Arquette, with her reading glasses on and piece of paper in hand, called for the end of the wage gap between men and women. Kicking off the trend, Best Supporting Actor winner J.K. Simmons wanted to make sure everyone in America calls their parents more often. And no texting either. That doesn’t count!

They weren’t the only ones. It seems like almost everyone had some sort of cause to bring to the attention of the world. Best Original Song winners Common and John Legend (or Lonnie Lynn and John Stevens as they were confusingly identified) spoke about continued racial inequality, Best Documentary winner Laura Poitras wants the world to be more leery of government surveillance, Best Adapted Screenplay winner Graham Moore told the weird kids that it gets better, and Best Documentary Short winner Dana Perry wants there to be more suicide prevention.

Let’s not forget Best Director and Best Picture winner Alejandro González Iñárritu, whose Birdman cleaned up at the awards. He asked not only for immigration reform, but also for the Mexican people to band together to create a better government.

But those are not the issues that America will be talking about on Monday morning. No, instead we’ll be rehashing the joke that Sean Penn made while giving Iñárritu his second Oscar. “Who gave this son of a bitch his green card?” he said in front of about 50 million people. No wonder Iñárritu had to make a sincere plea for the country’s immigrant population when this super wealthy white man just made an insensitive racial joke during a Mexican man’s big moment.

Patricia Arquette, who garnered much good will for her call for women’s equal rights during the ceremony (most visibly from Meryl Streep and Jennifer Lopez), undid some of that when she continued her comments backstage. “It’s time for all the women in America and all the men who love women and all the gay people and all the people of color that we’ve fought for, to fight for us now,” she told the press corp. Yes, feminism is a noble cause that we all need to strive for, but isn’t it hard for a privileged white women to tell gay people and people of color, who still don’t have their own equality, that they should give up their fight to help women?

That was the funny thing about these Oscars. Everyone seemed to have some sort of agenda to push, but their real behavior betrayed some sort of deeper reflection of how the system really works in this country.

Neil Patrick Harris, the host of the show, got in on the action early. His first joke of the night (and one of the few funny ones) was that the Oscars were the night to celebrate the “best and whitest.” This was in reaction to the sentiment that many deserving people of color were snubbed this year. However, in a bit where he tried to prove how British people can say whatever they want and get away with it, he made black British actor David Oyelowo, himself snubbed for his excellent performance in Selma, deliver the punch line to a bad joke about the remake of Annie, which reimagined the orphan and her father as black. Harris and his crew of writers probably didn’t see the racial undertones to that joke, but from the look on her face, Oprah Winfrey, who was seated behind Oyelowo, did.

Do I think that Sean Penn, Patricia Arquette, or Neil Patrick Harris is a racist? No, I do not. There are ways you could defend all of their remarks. Penn’s was a joke directed at a friend of his. Arquette was merely reminding those that fight for civil rights that women still don’t have equality yet. Harris, well, he didn’t think the joke was about Annie being black, he thought it was just about the movie being really, really crappy.

But the way Hollywood was behaving was like John Travolta putting his hands all over Idina Menzel’s face. He thought he was doing something nice, but he was really sexually harassing her before our very eyes. All of these other assertions, that plenty of people will deem offensive, weren’t meant as such, but they were, regardless. They were born out of privilege and ignorance and are the product of a system that has racism, sexism, homophobia, and all sorts of other ills baked into it. None of these stars were out to cause harm, but because racism and sexism are so intrinsic to the ways that we think and communicate they can’t help but rear their heads.

And I’m glad that these are going to be the things that people are talking about when rehashing the Oscars with their coworkers. After all, who cares what Margot Robbie had on when we can get into discussions of American racial privilege over donuts in the break room. And that is the real issue that this country needs to face. Yes, Alzheimer’s is awful as is ALS (and not calling your mom enough), but Hollywood needs to get off its soap box until it starts addressing the fact that it has the same problems with race, gender, and representation that so many other segments of our society have as well.

Sadly some of this will overshadow the inspirational moments from those issues-based speeches. It’s sad that we have to talk about Sean Penn rather than letting a very successful Mexican director make a heart-felt plea to his people to better their government and for our government to allow more people like him to succeed in our country. It’s sad that we’re going to be talking about Patricia Arquette’s views on race rather than Common and John Legend’s impassioned speech to end racism and the imprisonment of so many black men. Oprah especially liked that part, so it must have been good.

Though it was detracting, hopefully this thoughtless (though I don’t think malicious) behavior of Penn and others could be the catalyst to illicit frank discussion about these topics and might illicit real change. Or maybe it will get someone to produce a movie about racism in Hollywood, which will go on to be nominated for some Oscars of its own. Ha! Who are we kidding? A movie like that would never get nominated. 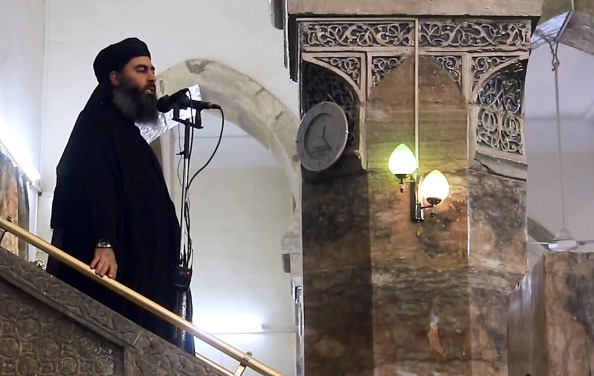 Five Best Ideas of the Day: February 23
Next Up: Editor's Pick