Authorities were attempting to piece together Monday the sequence of events in a shooting incident in Georgia over the weekend that left three people dead and a sheriff and his deputy injured.

Habersham County Sheriff Joey Terrell and deputy William Zigan found a woman dead on Sunday while investigating a domestic disturbance at the Clarkesville home of former deputy Anthony Gianquinta, according to local news reports. The woman was later identified as Gianquinta’s ex-wife.

The officers fled the scene after a suspect, believed to be Gianquinta, shot and wounded both of them. When law enforcement officials returned to the scene later, Gianquinta and a third, unidentified man were both dead on the premises.

Both Terrell and Zigan were hospitalized at Northeast Georgia Medical Center and were said to be improving. 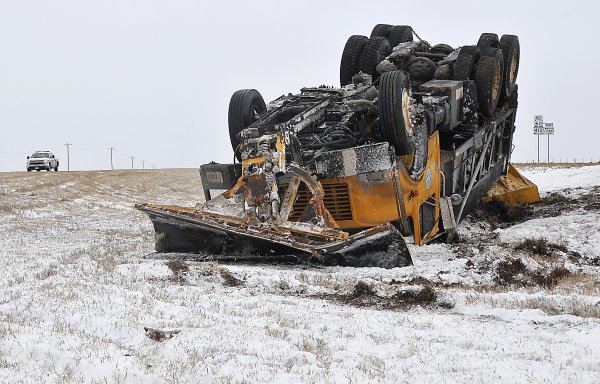 More Bitter Cold for South and Rockies
Next Up: Editor's Pick