Review: An Oscars Telecast Saved by the Music

It’s not as if the Oscars didn’t have material to work with. In many ways, 2014 was an interesting and vital year in movies — not just artistically, but in terms of engaging viewers and giving them things to talk about. The end of the year in particular saw movies like American Sniper, Selma — even The Interview — that spurred conversations and controversies and reminded us that movies can have effects beyond their running times. (The same was true of the nominations and omissions.)

The 2015 Oscars broadcast, though, had a hard time capturing that excitement — or anything else. It certainly had a big enough net: the show was 3 hours and 40 minutes long. But as a TV broadcast, it struggled not just with length but tone, trying alternately to be light entertainment and a meaningful statement. Sometimes it was delightfully one, sometimes it was affectingly the other. But often the two collided painfully.

There were high hopes from the beginning, because of host Neil Patrick Harris, generally a delightful stage performer who’s done a reliably terrific job hosting the Tony Awards. And he started off in fine form. His first joke immediately addressed the white elephant in the room: the dearth of minority nominees for this year’s awards: “Tonight we honor Hollywood’s best and whitest — sorry, brightest.” Then he ditched a traditional monologue to do his thing: musical comedy, a rapid-fire, playful celebration of “moving pictures” that was both sweet and funny: “Check out the glamor and glitter/ People tweeting on the Twitter / And no one’s drunk and bitter yet ’cause no one’s lost.”

Sometimes, though, the organism that is the Oscars is bigger than the host, and Harris seemed to lose his grip on it, thanks largely to some badly written material. Several jokes razzing celebs in the audience fell flat, including one that involved getting Selma star David Oyelowo to trash the remake of Annie, which Oyelowo reacted to with a memorable “meh” gesture.

Harris is nothing if not game, but he often seemed disconnected from the limp material. He followed up one winner’s story of her son’s suicide with a dissonant joke about the puffy orbs on her gown: “Takes a lot of balls to wear a dress like that!” (though it’s not clear if he caught the suicide reference before making the joke). But when he had the chance, he rallied, romping through the wings onto the stage in his tighty-whities in a bit that recalled Oscar winner Birdman, and reviving when he had the right material. (“Benedict Cumberbatch,” he said, was “the sound you get when you ask John Travolta to introduce Ben Affleck.”) But then there was the running gag, about Harris’ Oscar predictions having been locked in a box onstage, that ran so long and with so little payoff it could have been redeemed only if the box contained a $10 million check made out in my name.

When the scripted material falters, you hope for the unscripted moments to deliver, and the acceptance speeches often did. It was a year of earnestness, inspiration and exhortation. Patricia Arquette of Boyhood urged pay equality for women. Best Song winner John Legend insisted that “Selma is now, because the struggle for justice is right now.” Best Adapted Screenplay winner Graham Moore — for The Imitation Game, about British cryptography genius Alan Turing who was persecuted for being gay — recalled considering suicide at age 16, and offered hope to young people feeling the same way. “Stay weird,” he said. “Stay different.”

Fittingly for an Oscars that began with a song, it was often the music that salvaged this one. Tegan and Sara with The Lonely Island delivered a joyous, hallucinatory “Everything Is Awesome” from The Lego Movie (the performers handing out Lego statuettes that several guests clutched through the ceremony). Lady Gaga performed an incendiary medley from The Sound of Music — seemed like a strange idea, but totally worked — ending with a salute from Julie Andrews, who pronounced “Lady Gaga” as though it were a royal title. And Legend’s performance of “Glory” with Common was the rare Oscar musical number that — with a recreation of the march across the Edmund Pettus Bridge — managed to reproduce the emotion of the movie onstage.

But Selma was largely outside of the major Oscar running, as was the much-talked-about American Sniper. Much of the night involved jockeying between boutique films like Birdman, Boyhood and The Grand Budapest Hotel — which is no fault of the broadcast but may not have helped with mass viewer engagement. There was also a general lack of momentum to the night — exemplified by staid choices, like having the Best Animated Film nominees represented by still drawings, as opposed to something, well, animated.

In the end, this Oscars was neither brilliant or a disaster; like many Hollywood productions, it was just a long thing that felt put together by committee. There were moving moments and tedious moments — but there were also just tons and tons of moments (and yet, somehow, there wasn’t room in the In Memoriam reel for comedian, actress, writer-director and red-carpet fixture Joan Rivers).

That said, I’d be glad to see the very musical Harris get another shot at hosting the Academy Awards. And there’s nothing wrong with a telecast that plays up all the incredible music that gets written for the movies. But the music was never the problem. This year, it was the orchestration that left something to be desired.

Read next: The Oscars Were a Night of Mild Surprises, Including Neil Patrick Harris 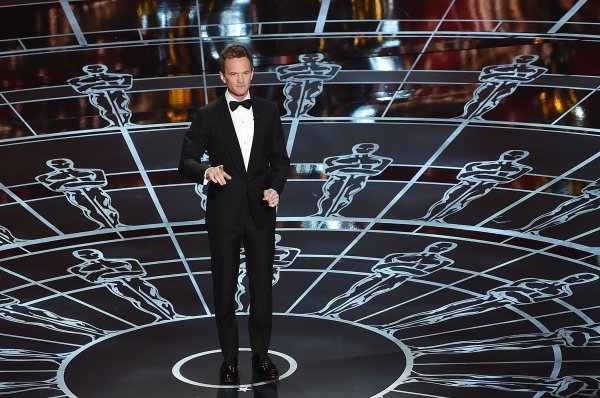 The Oscars Were a Night of Mild Surprises, Including Neil Patrick Harris
Next Up: Editor's Pick