A cold spell carrying ice, snow and heavy winds that has already claimed more than two dozen lives and snarled traffic across the eastern U.S. was preparing to deliver a second blow Saturday—and it likely won’t let up until the end of next week, meteorologists warned.

Several states in the South, stretching from Arkansas to Georgia and up to Kentucky, were expected to get pelted with rain Saturday, after ice accumulations took down power lines and halted travel on some highways Friday. 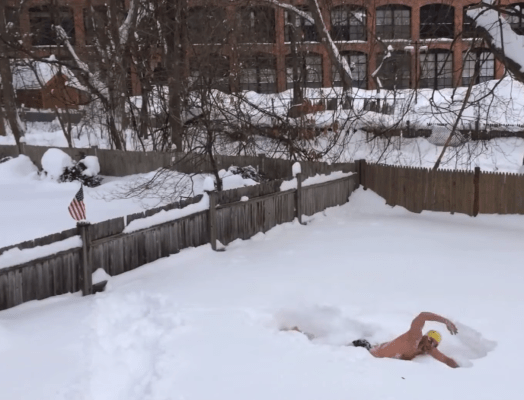 Watch a Man Go Swimming in a Pool Full of Snow (Wearing Nothing But a Speedo)
Next Up: Editor's Pick